GL Robinson is British by birth but has lived in the USA for over forty years with her American husband. They met in Brussels where she was working when Britain joined the then Common Market. With her younger sister,  she was educated in a French-run convent boarding school while their father worked in Africa. She and her sister used to read historical romance novels under the covers after lights-out. In the USA she had a thirty-year career in teaching English and French literature, retiring from Ithaca College in upstate New York in 2012. After the unexpected death of her sister in 2018, she began writing the same sort of novels they had read together all those years ago.  She has written six, of which the first was published in 2019. They are all dedicated to her sister. She loves her garden, reading to her grandchildren and chocolate, not necessarily in that order! 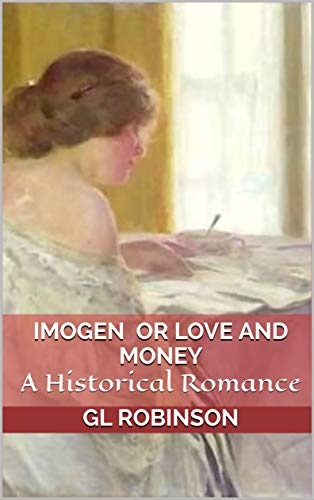 Imogen or Love and Money: A Historical Romance

When lovely widow Imogen Mainwaring is offered the "protection" of the devastatingly attractive rake Lord Ivo Rutherford,, she violently rejects him and leaves town. Some months later, they meet in London, where Imogen has taken over her late husband's affairs, reads the financial newspapers and is making money on the Stock Exchange. She tries to avoid him, but there's just something about him…