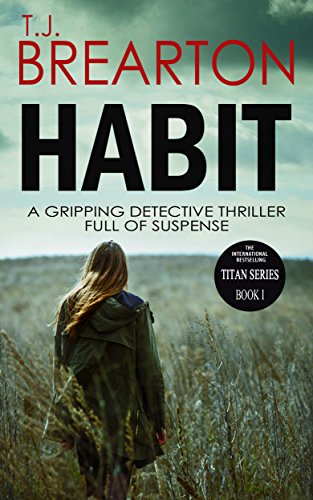 The body of a young woman is found in a remote farmhouse. Her death exposes a web of dark secrets "A great detective mystery: realistic, well-written, and with such dramatic tension that I was up all night racing to reach the conclusion." Chris Child

"Detective Brendan Healy solves a complex case, facing his own demons, in a brilliant police procedural with a dark conspiracy in the background." Sarah Victor

Who killed Rebecca Heilshorn?
Rebecca Heilshorn, lies stabbed to death in her bed in a remote, upstate New York farmhouse. Rookie detective Brendan Healy is called in to investigate. All hell breaks loose when her brother bursts onto the scene. Rebecca turns out to have many secrets and connections to a sordid network mixing power, wealth, and sex.

Detective Brendan Healy, trying to put his demons behind him, pursues a dangerous investigation that will risk both his life and his sanity.

Habit is a compelling mystery which will appeal to all fans of crime fiction. T.J. Brearton amps up the tension at every step, until the shocking and gripping conclusion. Habit is book one of the Titan Series.