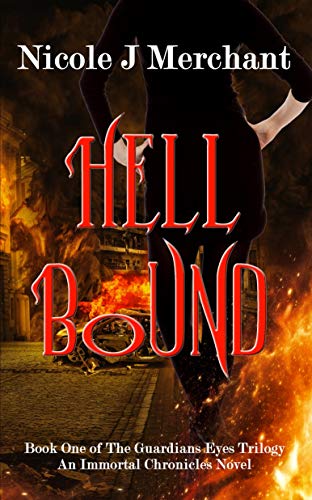 It started out like any other day for Lex-boring school work, a nasty bully, and a life with no adventure. But, when her guardian summons her and her twin sister, Brie, to Earthchild Academy, Lex's life is about to change. Not only does her guardian reveal a secret she's hidden for centuries, but she tasks them with an assignment, that if they fail, could have devastating consequences to all the realms.

After using her Guardians Eye for the first time-an amulet that lets mortals travel to the other realms-Lex stands in the Underworld wondering if she and her sister are ready for this assignment. What can two eighteen-year-old girls do that the guardians can't, and why the hell was she so excited?

Then he walks up. Tall, dark, mysterious, and a jerk. She tries to deny it, but there is something about him that calls to her, pulls her in deep, and hooks his claws into her soul. Lex has never felt like this before, and she doesn't think she wants to, especially not with him.

How can she complete an impossible mission, think straight, and keep her drooling to a minimum? Her life just became a complicated mess, and the only thing she can think is…

Be careful what you wish for.