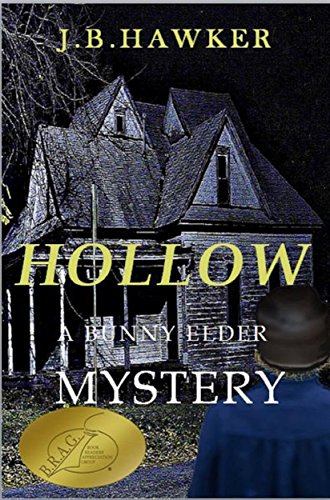 Newly-widowed Bunny Elder draws solace from the fall season as she recovers from the shock of her pastor husband's accidental death. With a new home, new job and renewed relationships, she is groping her way to stability, only to be jerked off the healing path by the dead bodies and body parts thrust in her way by a serial killer who uses the small mountain community's Halloween decorations to display his victims.

Will Bunny be able to cope, when this madman sets his sights on her?

This book, a BRAG Medallion award winner, the first in the mystery series, introduces the intrepid, late-blooming Bunny Elder. Bunny is a Christian, but she's not perfect. She struggles with temptation and sometimes fails, as real-life Christians sometimes do. But please don't be too hard on her, as she picks herself up and keeps trying.

Currently living in the wilds of Northern California, J.B. is a woman of a certain age with a lot of living behind her, who looks forward to all the great adventures ahead.

J.B. mines the richness of her history as a pastor’s wife in small communities all over the Western United States to people her not-quite-cozy mystery/thrillers.