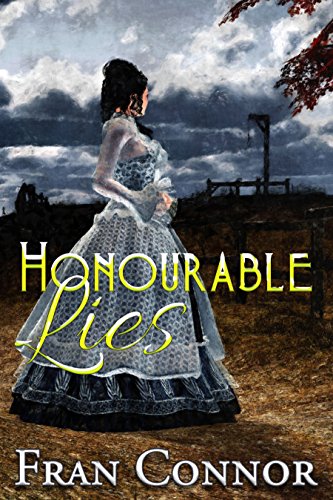 When the path of poor orphan Victoria crosses that of young landowner Richard love is in the air.

It's 1860s England. Obstacles stand in the way of their happiness. He has a wife who is in love with another man. Divorce, even amicable, is difficult.

Richard's evil father is wedded to control and the destruction of his son's independent wealth. He's in cahoots with the villainous Tweedale, former master of Victoria's orphanage and Woodward, a sinister sea captain who steals girls for work in colonial houses of ill-repute.

A beautiful gypsy creates a misunderstaning that drives a wedge between Victoria and Richard.

Murder, arson, conspiracy and jealousy combine to threaten Victoria and Richard's happiness and her life.

Gallows Hill is never far away.

Fran has seven full length novels published and a series of eight novellas. He writes in several genres, Action Adventure, Thriller, Historical, Fantasy but Romance is always at the core. Asked why he writes Romance he simply says it's because he's a Romantic.

This British author living in France claims he's there for the inspiration that finds its way into his novels from the vineyards, ancient hill top villages and lifestyle. Actually it's probably just an excuse to enjoy the wine and sit in the sun.