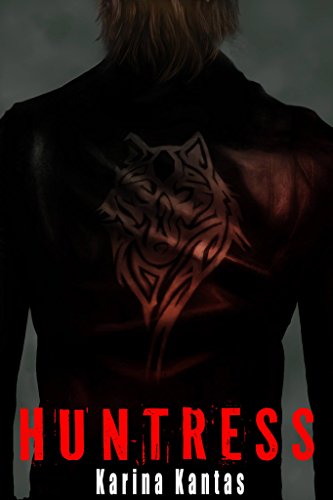 Huntress takes you into a hidden world of outlaw motorcycle clubs.

When Sofi learns of the pain her family has suffered at the hands of the president of a motorcycle club, she vows to get revenge.

With her journalistic skills, she infiltrates the club, but her plans go awry when she meets Buzz, the VP.

Gritty and fast-paced. Stunning. The narrative grabs the reader by the throat and doesn't let go until the end. Ms. Kantas presents the Outlaw world as it is, nothing is candy-coated or tone down, it is truly a rollercoaster ride. The story is raw, angry, and surprisingly tender. Expect to be left breathless and asking for more.

˃˃˃ Kudos for the true to life MC stories

With a troubled, vengeful protagonist facing the real life consequences of her actions; counterpointed by the believable, strong-willed object of her desires when she realizes what her quest for revenge might cost her.

The MC gang scenes seem all too real and it has you sitting on the edge of your seat. Your adrenaline is going from beginning to end.

This book is very more in depth to outlaw bikers' ways and is shocking in places but I thoroughly enjoyed reading it and did not want to put the book down.

There was never going to be Huntress, but my readers loved the story of Jade and Marcus, in Times of Violence, so much, they demanded a sequel. Well, if course I'm going to listen to my readers.

Scroll up and get your copy now.

Karina Kantas is the author of the popular MC thriller series, OUTLAW and the loved romantic fantasy, Illusional Reality

She also writes short stories and when her imagination is working over time, she writes thought provoking dark flash fiction.
There are many layers to Karina's writing style and voice, as you will see in her flash fiction collection, Heads & Tales and in UNDRESSED she opens up more to her fans, giving them another glimpse into her warped mind.

When Karina isn't busy working on her next best seller, she's designing teasers, book trailers, recording audio or videoing small readings and then working on Twitter and FB posts.

Karina writes in the genres of fantasy, romance, sci-fi, horror, thrillers and comedy.

Her inspirations are the author S.E.Hinton and the rock band Iron Maiden.