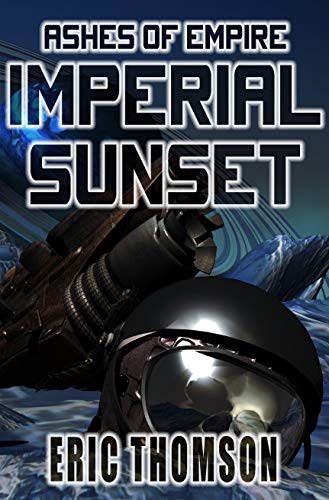 Humanity's thousand-year-old interstellar empire has been rotting from the inside for over a century, thanks to venal, corrupt, and power-hungry sovereigns from a dynasty many consider illegitimate. The latest in that lineage, an increasingly psychotic empress, is pushing her realm toward catastrophic collapse as admirals and generals rebel against her rule. That rebellion quickly drags the once mighty Imperial Fleet into a devastating fratricidal conflict between factions.

With civil war raging across human space, a Navy torn asunder can no longer protect frontier colonies, and barbarians long confined to the galactic badlands see an opportunity. After generations of hard existence on worlds beyond the bounds of human civilization, they hold life cheap, especially that of others. The barbarians will gladly steal everything they find and condemn defenseless star systems to technological and demographic collapse. That is if they don't wipe them out entirely from sheer bloodlust or by selling survivors on alien slave markets.

One man, Captain Jonas Morane of the cruiserVanquish, saw the empire's collapse coming years before the first admiral rebelled. When he finds himself the senior surviving officer of a loyalist Navy unit almost entirely annihilated by rebels, Morane puts in motion a plan he developed long ago. This plan was designed to not only save his ships and crews from certain death but keep humanity's accumulated knowledge from being obliterated by the long night of barbarism. However, before his dream can become a reality, Morane must lead the remains of the 197th Imperial Battle Group through an intricate wormhole network and across a shattered empire to the sanctuary he selected, all the while dodging his former colleagues from both sides. Along the way, he rescues an Imperial Marine Corps Pathfinder battalion and the survivors of a religious order known for its mysticism, and enlists them in his cause. But will Morane's sanctuary survive both the flames of rebellion and the depredations of invading marauders before his rag-tag fleet can reach it?