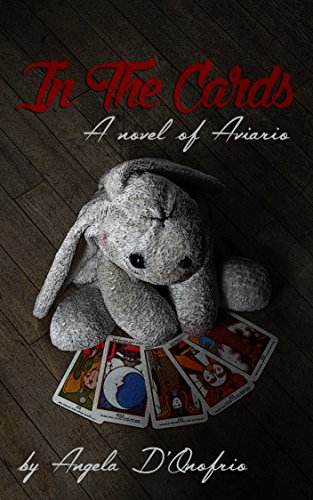 In The Cards (The Novels of Aviario Book 2)

The town of Aviario, Connecticut is rumored to have a lot going for it in the way of the magical and mysterious, but Office Troy McLaren isn't sure if he believes any of it. Two years after an ill-fated arrest in New Haven left him scarred in more ways than one, he finds himself adjusting to a small-town beat while tracking a handful of missing persons cases. More recent newcomer Beatrice Ledrey made the move to start over, hoping that magic will be the perfect remedy for her wounded self-confidence.

Meanwhile, Ral O'Dailigh has lived in town his entire life, and knows more of its secrets than he is willing to share. When both Troy and Beatrice cross his path, he must face his demons, his history, and his fear of the future. Together, the three of them have to overcome their own obstacles, redefine themselves, and find the link between the missing people, before a past more sinister than their own catches up with them. Fans of Stephen King, Stranger Things, and the works of Joss Whedon will feel right at home in this slice of Aviario life.

Angela D'Onofrio (aka Ang, but never Angie) lives in the Lakes Region of New Hampshire with her lovely wife, Laurel, two particularly eccentric cats, and one opinionated conure named Jupiter. She roots the places she creates in the places that she loves, and friends and family may just find hints of the familiar in the streets of Aviario. When she's not working on novels or crafts for her website, you can find her out and around the neighborhood, supporting local authors and local businesses.