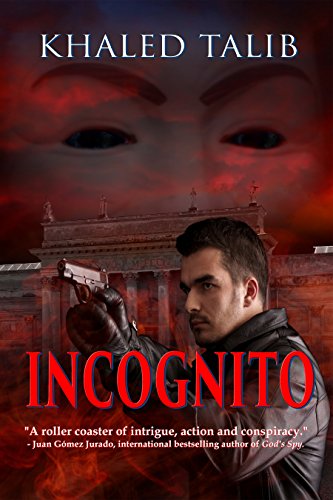 Pope Gregoire XVII was last seen waving to the crowd at Saint Peter's square from the famous Apostolic Palace window. Despite several layers of tight security, neither the Gendarmerie nor The Entity (the Vatican's secret service) or the Swiss Guards claim to know anything about his sudden mysterious disappearance.

As the world mourns for the pope, a frantic search begins in Italy and beyond its borders amid speculation that the Holy See may know more than they are telling.

Ayden Tanner, a former British SAS commando officer - who is officially dead - is dispatched with two other crew members to find the Supreme Pontiff by The League of Invisible Knights, a covert division of Anonymous that aims to bring about the triumph of good over evil.

A secret arrangement is made for Ayden to meet Rafael Rabolini, the Papacy's press secretary, in Geneva, who might be able to tell him more. But trouble unexpectedly starts from the moment Ayden arrives in the city that winter day...

The story unfolds to reveal an insidious plot by Willem Van Der Haas, a ruthless Dutch senator who has aligned himself with a world power bent on its own global ambitions.

In a gasping chase that races from the snowy mountains of Switzerland to the secret passages under Saint Peter's Basilica to the hilly terrains of Istanbul to the harsh desert air of Egypt, Ayden and his crew are forced to match wits with lethal assassins as they struggle on a desperate quest to prevent a terrifying tomorrow.

A tumult of intrigue, action, suspense from the author of Smokescreen.