Who is the real Alexander Grant?

Thank you for asking. That is a question I ask myself every morning. I have exercised many professions, I have visited many places, lived through many situations, met lots of different people and I carry all that inside me but in truth I am just a man who wakes up every morning (not early) feeling grateful for all this and willing to discover new challenges. I go with the flow...

You have travelled the world, visited 4 different continents, and now you live in Belgium. What made you chose Belgium as a place to put down roots as opposed to anywhere else you have lived?

I have indeed travelled a lot for business, tourism and spirituality. From New York to New Delhi and from Moscow to Aswan. I came to Belgium to work and there I met my wife. Since she has reasons to remain here, I am (for the moment) spending most of my time in the region of Flanders. When it is not raining, the countryside is very beautiful and gives me feelings of joy and peace.

Where does your passion for basketball come from?

For me, basketball is mainly about strategy. I see the game as I see Warcraft. In both situations you need a leader, defined roles and a strategic plan. At the same time, all units should be able to change roles and show initiative. Ruses and diversions, handling reserves and playing with the opponent’s mind are also part of both basketball and war. Actually, I see offence in basketball as a kind of siege.
I even named a region of the Eagle Empire as ‘the Jabbar desert’, to honour the great basketball player Kareem Abdul-Jabbar.

You have said that many of your ideas have come to you during meditation. Is meditation part of your daily routine or is it something that you do when you are short of ideas?

To me, meditation is a way to be in ‘the present moment’ for very short and/or up to longer periods of time. You know, creative people seem to live in their own heads much longer than others. Meditation is a way to disengage from the constant mind chatter.
Indeed, lots of ideas about my stories jumped into my mind during meditation. I suppose that by emptying my mind I enable these ideas to surface.
For years, I meditated in the company of my cat Pepito. She passed away very recently and I am still trying to cope with that. Maybe this is the reason I am currently not advancing in writing the next of The King’s Lion adventure.

You have fabulous covers. In fact it was the cover of The Forbidden City that ended up being the winning cover for One Stop Fiction Cover Wars for the month of November. Who does your covers for you? They are very professional and when you see each cover of the three books written, immediately identifiable as your brand.

Thank you, also on behalf of my cover designers, Deranged Doctor Design.
When I first published my first two books in 2016 I had no idea about the power of a good book cover, so I used simple stock photos. In 2017, thanks also to sites like One Stop Fiction, I realised that my covers needed changing. I decided to create a common style and presented my idea in detail to these designers who came up with those beautiful covers. I must confess that the cover of my next book is already designed and all that is missing is the title.
Thanks to the new covers the sales of paperbacks has increased substantially. It seems that readers see my books almost as collector’s items thanks to their original covers. It is true that, standing side by side on a library, they give the impression of iron-bound old books.

You cite David Gemmell as being an author you admire. Has he influenced your writing in any way?

David Gemmell has had a huge influence on me. I doubt I would have started writing had I not read his books.
I love the powerful and at the same time, unadorned way he wrote. By that, I mean that he sticks to the story and does not need three chapters to take his characters from one village to the next, or to invent a multitude of secondary characters which will later disappear having played an unimportant role in the storyline.
I try to write in a similar way. Don’t misunderstand me; I would never compare myself to D. Gemmell or R. E. Feist as some of my kind book reviewers did.

You write epic fantasy books where magic, romance and strategic battles are woven into a world of fantasy. How much planning goes into building your worlds and how do you keep track of the developments?

Actually, there is no planning at all. The stories unfold by themselves, either during meditation or when I sit in front of the laptop. When I started writing my first book I had no idea of the universe I later created.
When I decided to write The Lion’s Prophecy, the idea behind it was simply to send the King’s Lion on vacation. I sat down to write and the story popped into my mind by itself. It is only now, when preparing myself to write the fourth book, that I am doing some planning, because in this one I will reveal a lot more about the nature of the Gods and magic. Furthermore, there will be a clash of epic proportions between two formidable opponents.
To keep track of the developments I use the free tool called ‘mind’.

General Leandros is your main protagonist whom we find in each of your books. Tell us a little bit about him. Is there a little bit of you in this hero and how many books have you planned as your central figure.

General Leandros is the embodiment of the term ‘Strategy’. He knows that, in reality, we control nothing in our lives but, at the same time, the real challenge is to live and act strategically. I believe that this message passes through to many of my readers in one or the other way, since they often mention it in their reviews.
I must say that I have been impressed by the messages I receive from readers who serve or have served in the Army. They instantly recognise the validity of the military dimension of strategy in my books.
There certainly is some of my personality in Leandros and in other recurring characters of my books. I do not know how many books I might write. I have recently typed the first few pages of the next book.

You have written three books to date. The Forbidden City, The Lion’s Prophecy and The Lion’s Peril. What is the overarching theme that binds these books together? Out of the three books in this series, which one is your favourite book, and why?

As I mentioned before, I try to bind fantasy with strategy in all aspects of life, although military strategy is an overarching element.
The other important element, which sometimes remains unrecognised, is shamanism. Shamanism was integral part of every society in all parts of the planet and it is still practiced in many places. Through various names, Druids, magicians, witches, etc. it is the only ‘magic’ humanity knows of throughout its history. While there are several kinds of magic in my books, shamanism plays an important role.
These two issues, strategy and shamanism, have been an interest of mine for decades and have inevitably influenced my imagination. The last element is fun. Fun in writing and fun in reading.
My favourite is the second part of The Forbidden City. This book was my first timid attempt to write a story. Surprisingly, it turned out to be a rather good story since it is, by far, my best selling book.

What is your biggest hope and dream for your writing and what is next for Alexander Grant?

I sincerely have no idea. I started writing for fun and I will keep writing as long as I enjoy creating stories. I don’t write for a living and therefore I can be true towards my readers and myself.
I have heard that Alexander Grant has also a science-fiction epic story idea in his mind. Let’s see what will come out of the magician’s helmet-sorry hat. 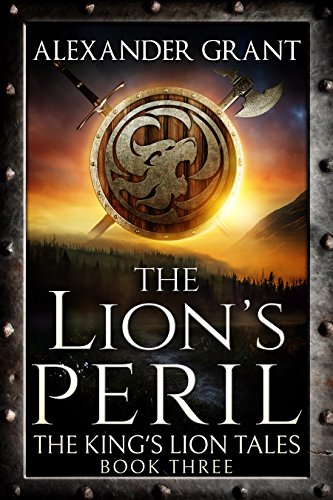 FIGHTING FOR HIS LIFE ALONE IN A HOSTILE WORLD
The two most important war logistics are 'know yourself' and 'know your enemy'
General Leandros
But what if you don't even know who you are?
Don't miss the new thrilling adventure of the King's Lion 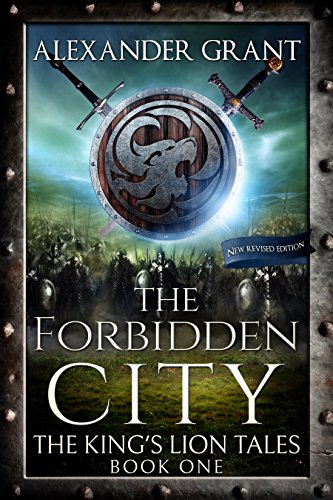 'I've read enough in this genre to think I know what's coming next and I often didn't.' (Gilbert M. Stack, author and historian)
GRIPPING EPIC FANTASY
It was the perfect plan. Murder the King and use his legions to restore the Empire. Only flaw; the man who created the legions managed to escape. No big deal. He was only one man, right? 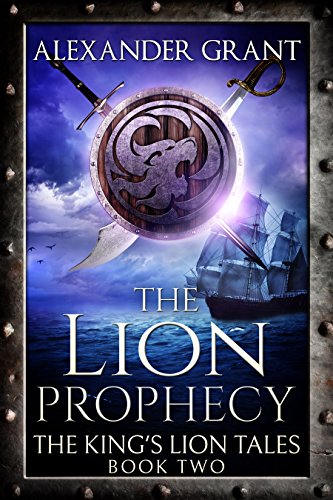 What is the prophecy that made a pirate kidnap the deadliest hero in the world?
THE KING'S LION IS BACK IN A SWASHBUCKLING EPIC FANTASY SEA ADVENTURE!
(A stand-alone novel)
After years of fighting, peace reigns over the Eagle Empire. General Leandros is enjoying a romantic vacation with his wife at sea when a mysterious sea captain, the Mask, abducts them, asking for their help to free his fellow islanders from slavery.