Faey Bonne is a collaborative pseudonym used by affianced authors John Riley and Felicity Partington. They wanted to branch out and explore a more magical world, creating stories and narratives which subtly entwine. So began their Twisted Tales series. Letting their imaginations delve to the darkest of places and spinning popular stories into unrecognisable adult stories.

What happens when normal people, people with flaws, problems, undesirable traits end up mixed with magic? Can 'happily ever after' really be the end? And surely, happily ever after is subjective? One woman's happily ever is another's nightmare. What happens to the villains? If the good guys are perfectly good and the bad guys are perfectly evil it's clean cut. What happens when the good guys have flaws, or make bad choices? When the bad guys do bad things for good reasons? There’s so many shades of grey between black and white and we wanted to explore them all.

Who is the real Faey Bonne?

Faey Bonne, loosely translated, means good fairy. Ideally we wanted the stories narrated from the ‘perspective’ of the quintessential fairy-godmother. But we didn’t want to make her a character, there was no place for a guardian angel who stepped between every tale. And so we took her out of the books, made her an omniscient storyteller, gave her a name and Faey Bonne was born.

How difficult is it to co-write books? Do you both think of the plots and do you both write? How does it work?

It’s different every time. But it all starts with brainstorming. We pick a fairytale, then we pick a twist. Once we know how it ends, we work on a plan. The plan is usually very detailed and we chop and change until we’re absolutely in love with it. Then, once it’s all laid out, Felicity does the skeletal write. This is a straight draft of the entire book, from start to finish. Though whether it’s legible is often debatable. Then John does a hard edit, adds action scenes and deepens the dialogue (because apparently them standing still and talking at each other ‘isn’t very realistic’).

What are the advantages and disadvantages of co-writing?

It makes us fight. A lot. Usually over really stupid things. Like whether the word ‘swollen’ belongs in a sex scene. But in reality it makes writing novels so much easier. We’re both invested completely, so talking about it is smooth and exciting. It also drives us, neither wants to let the other down.

How accurate would I be in saying that you rewrite well-known fairy tales and give them a raunchy twist? Where did the idea come from, and how successful has this concept been? Do you intend to write more of these?

We definitely do take well known fairy-tales and twist them. It’s true that Beautiful Temptations at least, was intended to be very raunchy. But for the most part we just wanted to darken them. We wanted to add realism to fantasy. Characters with flaws. Isabelle has no idea what ‘happily ever after’ she is striving for, but when she finds hers, she ultimately ends up very disappointed.
The concept appears to be working well and we’re having a lot of fun. There will absolutely be more, we have solid plans for at least the next two. Loose ones for further down the line. Ashes is the next one, a Cinderella retelling in which Ashley, our poor downtrodden hero has absolutely no dreams about becoming a princess – but is going to find himself all dressed up for the ball anyway.

Your covers are lovely. In fact you won the One Stop Fiction September Cover Wars for your latest book, Red Velvet. Who does these for you?

We do. It turns out Felicity has a latent talent for creating book covers and with John’s critical eye for detail and constant nagging (not to mention some badass editing skills) we’ve ended up with some truly spectacular covers.

What is your biggest challenge in being self-published? How do you overcome these challenges?

Not staring constantly at sales graphs. (Something which John fails at overcoming. Hourly.) I think visibility is our biggest problem thus far. There are a lot of fairy-tale retellings out there and standing out from the crowd has been difficult. Our covers and the ferocity with which Felicity has dived into the marketing has helped, but it’s only really since Red Velvet has come out that we’ve noticed a real bump in sales. For Beautiful Temptations.

Tell us more about your books, Beautiful Temptations and Red Velvet.

Beautiful Temptations is a retelling of Beauty and the Beast. It’s a flip on the classic in that we slowly find out that they’re both as beastly as each other. Isabelle is determined to get what she wants at any cost, and what she wants is the Beast.
Red Velvet is an original spin based loosely upon the tale of Little Red Riding Hood. Scarlet, a witch who doesn’t believe in magic slowly discovers that not everything her Grandmother said is true. She meets a handsome stranger in the woods who teachers her that magic is real and that being naughty can be nice.

Are you tempted to go it alone and write a book without your partner, John Riley? If so, what would be the genre?

We both have done. As well as Faey Bonne, we also write under other names. John has written and published two books, one short story Creating Light and an apocalyptic novel One More Dawn. And Felicity has a Phantom of the Opera based gothic-romance series called Phantasmagoria. Fog of Fixation and Mists of Metamorphosis are already out. We publish all of our work under Golden Keys Publishing House, where Flick also voluntarily designs covers for new authors who are struggling with self-publishing and need a helping hand.

What are your long-term goals for your writing career?

John would very much like to be able to leave work and write full-time. Felicity wants to earn more money too.

Do you have a third book in the pipeline?

We absolutely do. Ashes is already being written and will be released in 2018. It’s our obligatory Cinderella-story but with possibly the most controversial twist yet. Ashely is a downtrodden servant in his own home. Ruled by his tyrannical stepmother and desperately in love with one of his step-sisters. When she is invited to a ball, thrust into the path of the prince who will surely fall head over heels for her, Ashley pleads with the universe to intervene.
When a magical fairy godmother shows up and effortlessly transforms him into a beautiful princess for a night, he realises that the only way he can stop his true love being lost to him forever – is to distract the prince himself.
It shouldn’t be too hard. After all, it’s just one night. Isn’t it? 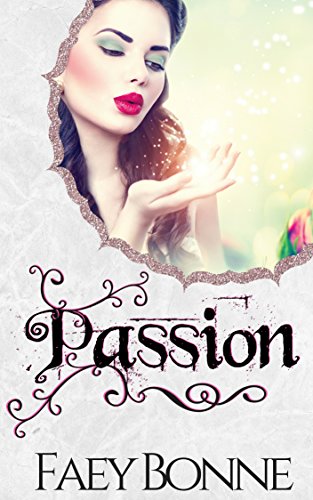 Isabelle has waited her whole life for an interesting man to come along. Now she's found one, he's rich, he's royal, yes he's got fur, but nobody's perfect.
"Passion is a steamy reimagining of the classic Beauty and the Beast tale. An insatiable Beauty and a sadistic Beast make for a potent cocktail of dangerous sex and illicit desire." 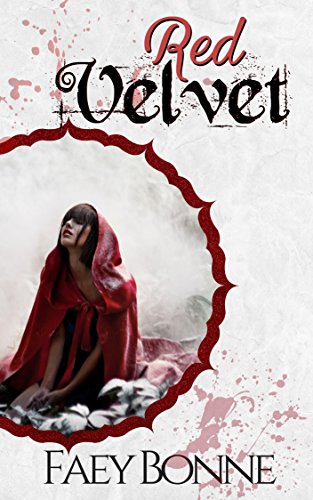 When Scarlet stumbles into the path of a shadowy stranger in the woods, her world explodes. The monsters she thought were stories begin biting at her skirts. The road to home is fraught with supernatural danger, but it's too late to turn back. The ancient darkness knows where she's hiding and to save herself, Scarlet might just have to turn into the scariest monster of all.