Hi my name is Robin Roughley author of the DS Lasser and Marnie Hammond crime series fifteen books and counting! I have been a full-time writer since 2013, before that I drove trucks for a living and wrote whilst waiting to be unloaded.

Who is the real Robin Roughley?

The real Robin Roughley is suave, sophisticated, speaks many languages, and loves fine dining. Actually all that is a lie, I am uncouth, struggle with English, let alone any other languages, and coming from Wigan I love anything wrapped in a crust with chips on the side.

Tell us something about yourself that would surprise us.

I like to browse through chess books and climb trees, though not at the same time.

You were a truck driver before you were a writer. How long have you been writing and now that you write full-time was it worth giving up your day job?

The truth is I have always written, mainly plays, with the occasional kitchen sink drama thrown into the mix. At the last place I worked I got made redundant and then simply got writing and I haven't stopped since.

How have you evolved as a writer?

It is like any job the more you do it then hopefully the better you get. I never look back at the earlier books as I know there would be things I would want to change on every single page. It may only be adding a word or taking one out but they would leap off the page and make me cringe.

You have what is it now, sixteen books out written over four years? The million dollar question is can an indie writer live off the proceeds of writing full-time and how far into your writing did you realise this? Does this put enormous pressure on you realising that you have to constantly get new material out on the shelves?

The simple answer is yes you can make a living at it. The whole indie thing has been wholly reliant on technology. Ten years ago I didn't own a computer, couldn't type and was tired of sending manuscripts out to agents and getting the stock ''no thank you,'' letter through the post. Then Amazon started allowing budding writers to upload their novels so I thought I would have a go. It probably took till book six or seven before I realised I was managing to make the kind of money I had made as a truck driver.
Writers tend to go down two routes, they either release a novel and then they have the skill to promote it successfully and keep the interest in the book building momentum. Or you have the others like me who are largely clueless about how to really promote their work so concentrate on getting the books out there and hoping for the best.
Of course without readers we are nothing and Lasser has grown largely through word of mouth and I have a solid readership who love the books and help to spread the word. I also have the Marnie Hammond series published with Bloodhound who take care of the Marnie books which makes life easier for me.

In only publishing your books as e-books you continue to ignore a very lucrative paperback market. What made you decide not to publish to this market?

I have looked into this and to be honest for the likes of me there is simply not the market for paperback versions of the books. Large publisher can afford to mass produce books at low cost and they have the shelf space in book shops and supermarkets to get those books in front of people. For the e-book writer that will rarely be a viable option. Part of the problem is the size of the books I write, of the sixteen I have out only one falls just short of the one hundred thousand word mark, the highest is close to one hundred and fifty thousand. The average crime novel I think is around eighty thousand words, so the Lasser books are larger therefore more expensive to print. The first one of the series is available through CreateSpace and the cheapest I could get it done was a tenner, so not many people will spend ten pounds when they can get the Kindle version for ninety nine pence.

Having read some of your books, I have just finished Twisted this week, I have to say I really enjoy your easy style of writing. Moreover, DS Lasser is very likeable. He is a copper with a warped and dark sense of humour, flawed as a human being and often doesn’t give a damn when it comes to dealing with his boss, Bannister who demands so much from his staff. Do you think that creating a detective that is so human is part of the success you have had with these detective series? How much of you, is in Lasser?

It is all about the characters for me. You can have a brilliant intricate plot but unless the readers like the characters then you can forget it. I didn't want him to be tortured by something in his past or have any annoying quirks, or be able to solve the crimes with ease. I wanted him to be believable and slightly downtrodden with the grind of the job. Most importantly he has to care about the people he comes into contact with. He is a hard man in the physical sense but underneath he feels things deeply and is often frustrated by the world around him.
There is very little of Lasser in me, the only thing we share is an anger at certain injustices that are played out in the books, though I imagine we all suffer from the same feeling of helplessness at times.

You say that you didn’t set out to create a detective series, and that Lasser came into your first book, The Needlehouse ‘kicking and screaming’. Is Lasser here to stay, and will you continue to centre these detective stories around Lasser, or are you tempted to write something different?

I wanted to write a kind of ghost story, but it simply wasn't working so I changed it around and Lasser became central, so it was luck more than any keen insight on my part. Lasser is still going strong I am working on number sixteen as we speak, and I have the second Marnie Hammond book to edit. I also have a new book featuring a character from the Lasser series coming out in July with the unusual title of STORMCOCK! I have considered writing a horror book, in the seventies and eighties horror was a solid genre to write in though that seems to have really died off over the past twenty years or so.

What has been the highlight of your writing career?

Winning the UK crime Book Club author of the year was great, also getting the Bloodhound contract and finally having the support of so many great readers who seem to love the books and like to shout about it from the rooftops.

What advice would you give other fellow writers?

Simply to keep writing, we have all heard the tales of the first time author who strikes it big but that is not the norm. It is easy to become disillusioned when you spend months or years writing a book and then get no reviews or sales. Keep that first book cheap and use the free giveaways whenever possible, but don't push too hard or you will annoy people. So get the first one done and then start on the second, if your books hit the mark then the reader will help spread the word. All readers want is a cracking read and then another one shortly after, they do not want a great read and then nothing for eighteen months.
Then try find an editor/proofreader to help, someone who knows what you are trying to say even when you can't find the right words, someone who will help you hone the work and whose judgement you value and trust. I was very lucky in that regard and have counted my blessings ever since. Once all that is sorted I simply sit my fat arse down every day and write there are no short-cuts, there are no hidden keys to the door but if you work at it then the rewards will come. 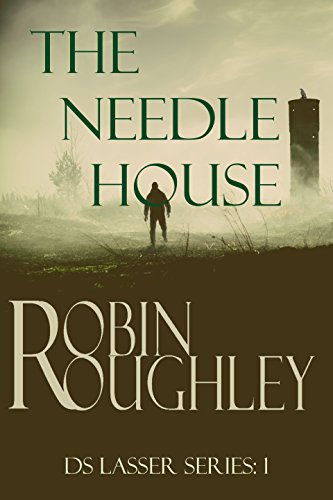 Sometimes the most picturesque of places can hide the cruellest killer.
Young Billy Jones comes from a notorious family of drunks and thieves. So, when he fails to return home it's hardly a surprise.
However, when mutilated remains are found it becomes apparent that a savage executioner is stalking the untamed windswept moorland that surround this northern town. 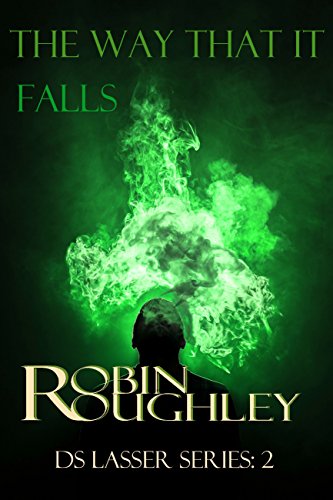 The Way That It Falls: An electrifying DS Lasser mystery (The DS Lasser Series Book 2)

Christmas, the season of goodwill, but not for all men.
When a jewellery shop in town is raided and an elderly woman dies it sets off a chain of violence that will test DS Lasser's resolve to the limit and beyond. 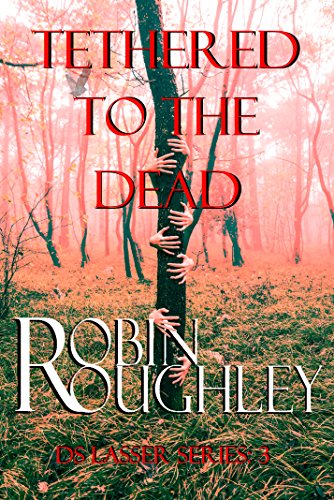 Sometimes, living a life of privilege can come at a price that is impossible to pay.
At sixteen, Kelly Ramsey has a seemingly perfect life, adored by her parents, popular at school; a golden girl who has everything to live for. However, when she fails to return from her leavers' prom, the lives of those closest to her are thrown into a world of recrimination and terror.