Hi everyone, please allow me to quickly introduce myself.

My name is Sarah Northwood, I write fiction for both Adults and Children. I guess you would say these are at opposites in terms of styles and genres and that’s one of the things I love about being an Indie Author. The ability to write where your heart takes you. That describes me as a person too, I’m led by my heart!

I dabble in Poetry, write piano music and songs for fun. I enjoy; wine, films, food, animals and generally love life completely! I’m married with two children who I adore and have inspired me so much. To say I’m proud doesn’t do them justice.

Tell us something about yourself, perhaps something not many people know.

I’m an open book, no pun intended, so friends and fans generally know everything there is. Perhaps those who have got to know me more recently may not know how I started writing. In my past life I worked in scientific research and as with a lot of people, the catalyst to writing was a life event change, when after almost twenty years I was made redundant. I found Poetry, or rather it found me and it filled a huge hole in my heart. Writing became my new passion and I’ve never looked back. I both adore and loathe writing novels because it’s a bittersweet kind of torture but I can’t imagine doing anything else. Secretly I live in dread of the day this wonderful thing decides to leave my life.

What are you currently working on?

I’m currently writing a short story/novelette, which I’m describing as Herbie crossed with Stephen King. I’m excited about it because the writing is just flowing so well. Hope I haven’t jinxed it!! Having finished my recent release, The Unravelling (also connected to The Volunteer), which had some dark and strong themes, I decided I needed a little light refreshment before going on to write the next in that saga. This kind of procrastination is healthy, I think ?

Do you write alone or in public?

I can’t understand how people can write in noisy places or with people around them! I’m one of those who needs the silence. Occasionally though if I’ve got stuck with a block, I’ve taken my writing outdoors and found this can be a great way to kick start the writing juices. Something I’ve recently taken to doing, when the family is around and I want to push on, is to write with headphones on. I need to shut myself off and be transported to that mysterious zone where writing happens.

Do your characters seem to hijack the story or are you in control of events?

Without a doubt my characters are in control. This is partly because a lot of my writing is done on the fly. I set off with an idea and some of the journey is mapped but inevitably they take over. I’m working hard on this aspect though because I think plot development is important and sometimes my characters take me to difficult places. I never imagined I’d be writing a series with such dark characters and unbelievable themes. Trust me, it’s all their idea. I’m nice. Really!

What is the toughest criticism given to you as an author?

I don’t really believe anything is critical when it comes to books or reading. Everyone has their opinions and that’s a part of life. I’ve been very lucky though and received very little. Some readers have not liked certain aspects of the characters or agreed with all my choices in the book but as I say that’s their prerogative.
I feel like you need to take on board feedback as a writer and improve and I’m always working hard towards this but ultimately write for yourself and your own story. If people don’t like your choices, they can always write a book themselves.

What is the best compliment you’ve received?

Where to start, I’ve been so lucky and received some wonderful compliments. These really do stick with you. For me, it would be at my very first book signing (a Christmas fair), with my very first book. This was my children’s poem book, Unicorns are real and other cool poems.
A child who didn’t like to read, came to my table, spoke to me for a bit and looked at my book. They then begged for said book to be bought. The parents came to me, to thank me for inspiring their child to read. They’d been having a hard time finding material that would catch their child’s interest. That was like pure gold platinum. It melted into my heart and has solidified to be immortalised forever. Nothing will ever take that moment away.

If you could spend one day with a character from your book, who would it be? And what would you do?

Great question and a hard choice. I’m going to choose one of the non-violent characters, I’d be slightly concerned what with all the murders and torture otherwise! So without a doubt I’d choose Sam. She’s intelligent, feisty, fun and has just discovered she now has gifts.
Sam, unlike us mere mortals, uses more of her brain’s capacity. I’m certain she could think of something amazing to do. Perhaps we could fly together? Wink, wink, nudge, nudge.

Who is your favourite author and why?

You meanies, choose just one? That’s impossible!! Before I became a writer myself, I loved to read books by Stephen king and Dean Koontz. Since becoming a writer, I like to support my fellow indie Authors and mostly read works by new Authors (to me.) I cannot believe how many amazing books and writers are out there. How did I not know they existed before?!

What gives you inspiration for your book(s)?

I think this is a mixture of imagination, dreaming (great sources), and experiences that I draw on. Ideas seem to pop up out of nowhere sometimes. Who knows where from? Stephen King described writing as a kind of telepathy. He’s not wrong!

What advice would you give to aspiring writers?

I’m still an aspiring writer myself, so here’s advice that I give to myself.
Believe in yourself.
Ignore the doubts.
Write. Write. Write.
Work hard, be determined and passionate.
Build yourself a base of like-minded people, support each other. You’re stronger together.
Read.
Believe in yourself (again, this is important.)
Write, write, write. (There’s no other way to get words down on paper!) 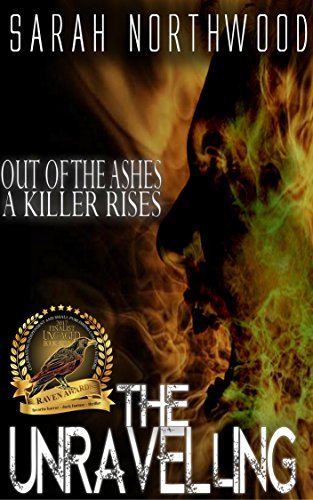 The Unravelling (The Volunteer Duology Book 1)

A gripping psychological thriller that will have you hooked till the end.
Jennifer Ranger's life is finally heading in the right direction. Her teaching job gives her the power to make a real difference in her students' lives, and her relationship with her boyfriend, Greg, is better than ever. 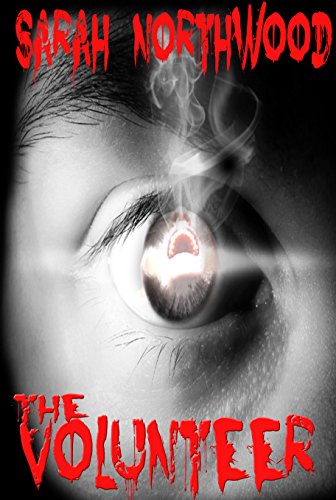 It's so hard trying to keep up with my studies and earn enough money to stay out of debt. At times like this, I wish Mum and Dad were still around, but no amount of wishing will change what's happened. They are gone, and sooner or later I'm going to have to get used to that. 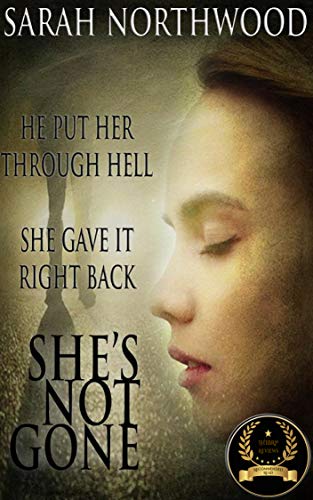 A gripping psychological thriller with a twist ofevil and a slice of thesupernatural.
When Daryl charms his way into Katie's life, sweeping her off her feet, she thinks she's found the love of her life. Until he cuts her off from her friends and starts to control everything in her life, right down to the food she puts on her plate. 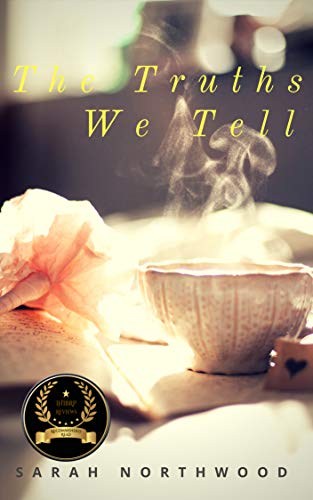 The Truths We Tell

This collection of emotional poetry and prose from Author Sarah Northwood provides nourishment for the soul. Each one is honest and explores the daily battle with this thing we call life. The poet expresses themes of fear, contemplation and love in an honest way that will leave you feeling like someone knows your pain. A positive message of acceptance flows throughout the words. 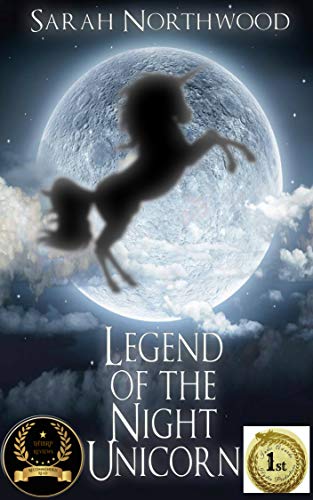 Legend of the Night Unicorn

Martha is excited about her trip on the steam train up Mystic Mountain. She finds out from a kind old man how the train got its name. Legend has it there's a night unicorn who lives on the mountain.
After Martha arrives at the top of the mountain peak, she has one burning question. All she wants to do is find out if the legend is true. 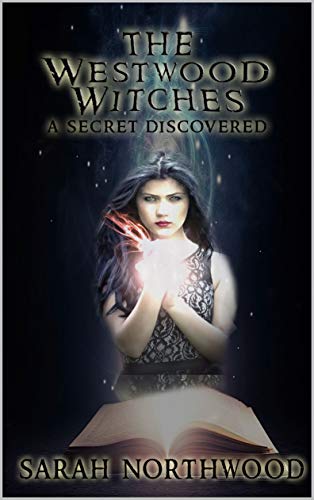 The Westwood Witches: A Secret Discovered

Aero trembled as she held the box sealed inside black paper. The dilemma was a difficult one - her mum had told her the box contained secrets she might not be ready for. Once she opened it, there would be no going back… 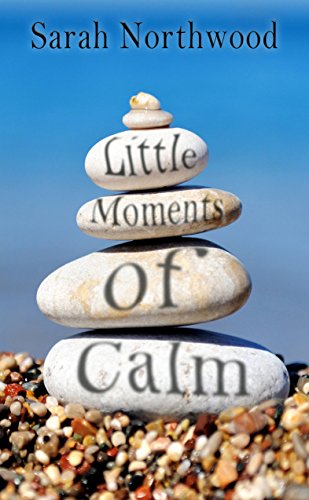 Mindfulness is a way of focusing on the moment and letting go of past worries or future cares. In this little book of calm, each page is brought to life with beautiful and themed images. Combined with original pieces of prose, and thoughts to help you discover a moment of tranquillity, just for you! 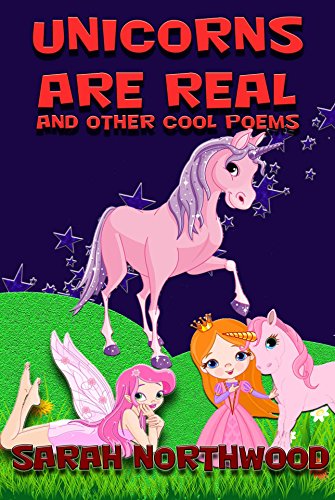 Unicorns are real and other cool poems

This is a poem book especially for you,
where Unicorns are real and dreams do come true.
With goggle woggle spiders whizzing on skates
and food that is rude when it is put on a plate.
With bottoms that snore and a fun dinosaur, 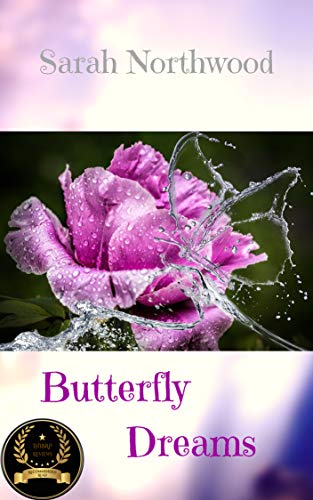 Poems that inspire a touch of magic, imagination and fantasy. Uplifting and light to read.


I have a great following on Facebook and probably interact there the most, so what are you waiting for, get on over and follow me?!
If you follow my Amazon page, which is the only place I currently publish, you can be sure to be notified of all my new releases.