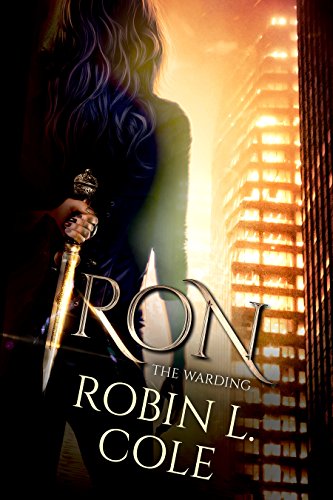 Not every fairy-tale needs a Prince Charming.

When a troll no one else can see attacks her outside the bar on her 30th birthday, Caitlin Moore thinks someone spiked her drink. It isn't until a team of faeries rescues her and reveals that she has a special Gift that she realizes it's something worse: she's just become the star of her own twisted fairy-tale.

Her newly awakened Gift of the Warding makes her immune to fae magic, something unheard of in a human. Her rescuers are exiled enemies of the High King who has allowed bestial creatures like the troll to cross the boundary that separates their worlds. They promise to right the King's wrongs, but first they need her Gift to find the key to breaking their banishment.

Unable to turn a blind eye to the danger she now sees in every shadow, Caitlin dives headfirst into their world of crazy. In return for her help they teach her to fight back against the nasties, but she isn't prepared for the thrill she feels on the hunt. As the normal life she once knew slips further and further away, she wonders if protecting humanity from the monsters is worth the stain killing leaves on her soul.

Robin L. Cole is a quirky New Jersey based indie urban fantasy author who likes to game, cook, and play with makeup. She is guilty of posting visual proof of all three of those hobbies far too frequently on Instagram.

"Iron" is her first full-length publication, and its sequel, "Faster," is due out in fall of 2016. She has also written "First Hunt," the first of many short stories set in the Warding world. She is hard at work on the next book in the series, "The Last Dance."