For me it’s always been detectives. Growing up I was dazzled by Nancy Drew, Sherlock Holmes, Phillip Marlowe, “The Shadow,” and Miss Marple. Raymond Chandler, Dashiell Hammet, Simenon, Mickey Spillane, and Earle Stanley Gardner toughened me up and made me less sentimental. Later, unimpressed by Mr. Bond and tastes more refined, I preferred the bitter misanthrope Morse, the depressed Swede Wallander, and the fussy dandy Hercule Poirot.
Then women entered the scene, smarter and more resourceful than the exasperated men around them. Miss Marple has been joined by a whole sisterhood of detectives including Sarah Paretsky’s blunt V.I. Warshovsky, Jane Tennison in Prime Suspect surrounded by sexists on all sides, working class Barbara Havers clashing with the handsome Lord Lynley, and the awkward tough gothic punk, Lisbeth Salander. I particularly like stories with a strong sense of place -- Donna Leon’s Commissario Guido Brunetti who knows every canal in Venice, and V.I. Warshowski’s muscular Chicago.
Lecturing to students and audiences over the years, I’ve explored the violent people and cruel terrain of detective fiction and films. I suppose Hitchcock’s films could be seen as a series, but there have been many wonderful one-offs like Chinatown and Three Days of the Condor. It was probably inevitable that I would invent a detective some day and write a series of stories about her. 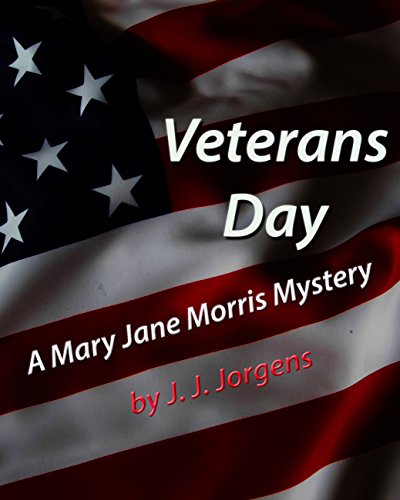 Being an aggressive private investigator in Washington D.C. doesn't win you many friends, and being a woman makes it worse. "Sitting here in the dark waiting for the men who are coming to kill me, I thought I would pass the time by writing my obituary. Mary Jane Morris was thirty-eight years old. Disillusioned with lawyering, she became a private investigator. She was a good friend and a bad enemy, and had a fair amount of courage and some talent in reading people and solving mysteries. She loved her dogs, kayaking, single-malt scotch, her beat up Land Rover and her house by the river filled with old things, and her handsome doctor boyfriend Giuseppe Romolo. She hated people who victimize the vulnerable, and sometimes she went outside of the law to see that they were punished. Mary Jane died while investigating her partner's death and a conspiracy to cheat veterans of their medical care and benefits." I have to stop now because the dog is growling and someone is at the door.