Jaimie has always been a bit of an artistic, creative, romantic nomad. She loved drawing with pencil, taking pictures of the world around her and reading romance novels growing up. Her parents moved around a few times - Jaimie has lived in Utah, California, Washington, Arizona, Michigan, Hawaii and Oregon. She also traveled around Europe quite a bit.

Instead of following her dream to be a writer and taking action on her many story ideas she took a different path in college, earning an MBA and then working in management in the business world. When she moved to Hawaii in 2006 she was transformed by the magic of the islands. She opened up and blossomed. No longer afraid of what might happen if she followed her dreams of writing, she finally decided to just go for it. She spent the last ten years researching, writing, editing and learning the tricks of the trade. Jaimie has always had an open, inquisitive mind and she likes to explore far out ideas like reincarnation and time travel in her writing.

Jaimie met her soul mate in Hawaii and they had the dream Hawaiian beach wedding with an amazing Hawaiian Kahuna (priest). They now live in Portland Oregon with their three year old daughter and two dogs. Jaimie is currently working on her next novel - a paranormal romantic thriller series. She loves reading as much as she loves writing. You can follow her on Facebook, Twitter, Instagram, and Pinterest. 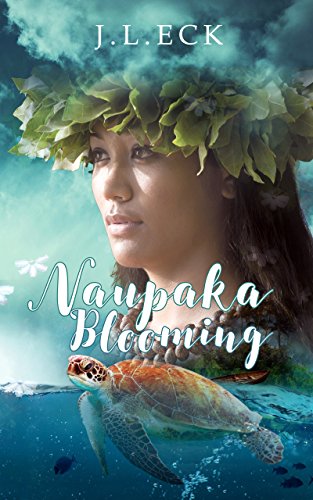 True love, tragedy, myths, and second chances...
In ancient Hawaii, a young princess and a commoner fall in love. Although they are forbidden from each other, the young lovers believe they have the blessings of the gods and work to find a way to be together. But their love ends tragically, setting off the myth of the naupaka flower, a symbol of their love.