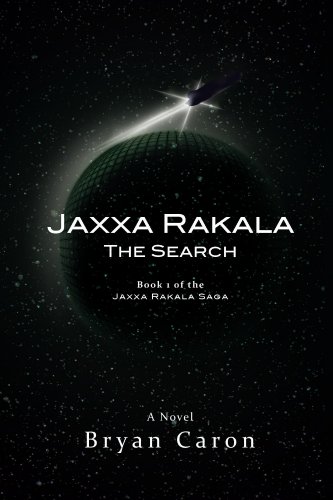 Legend recalls that Jaxxa Rakala was once the most powerful being in the universe. To prevent her from taking control of all star systems, a gem, carved to precision with her blood, was gifted to her, neutralizing her powers and subsequently leading to her capture. Before Jaxxa Rakala was executed, she expelled her spirit into the gem, making it incredibly desirable but impossible for anyone other than the one with her blood to acquire it.

Little did Ken Brody know how much the Jaxxa Rakala legend would affect him when he began a project he hoped would ultimately lead him back to his wife, who was abducted five years ago. His recurring nightmare of this event overwhelms his every instinct and eventually compels him to ignore the concerns of everyone around him and begin testing his new spacecraft's light-speed capabilities. When the tests go awry, Ken, his partner on the project, and both of his estranged daughters find themselves on a collision course with a star, setting the stage for a quest that will give them all a chance to find great power within themselves.

"The Search," the first book in the four-part Jaxxa Rakala saga, is just the beginning of a riveting space adventure that will leave you on the edge of your seat and breathlessly wanting more.

Bryan Caron is an award-winning writer, director, film editor and graphic designer, who has written and directed many pieces in all forms and genres. His favorite genres include science-fiction and fantasy, however he never limits himself, writing in whatever genre that strikes him at any given time. His interest in film directing and editing give him an extra creative outlet, as does his graphic design work (which you can see on all covers and marketing materials of his work, all courtesy of Phoenix Moirai), but his first love will always be writing and that is where he excels.

Learn more about him at http://www.bryancaron.com, view his design and video portfolio at http://bryancaron.prosite.com or visit his blog Chaos breeds Chaos for reviews on movies, books and television, as well as thoughts on everyday life, entertainment and whatever strikes his fancy.