Jennifer Peacock-Smith was born in South Africa in the late sixties to passionate parents struggling to find their place and to make a difference in their worlds of apartheid, feminism, and strict religion. Little Jenny quickly found herself falling through the cracks in their battle to be different, better, and "cleverer" than those before them or around them, and her mother’s fight to break the moulds. Born a girl instead of a boy, bubbly instead of serious, fun and talented instead of academic, everything about her was “wrong".

Neglect doesn’t always look like dirty or starved or diseased or beaten. Neglect is chronic and often invisible. In a small bubble entirely cut off from the rest of the world, scrawny little Jenny's voice, squashed by her parent’s need to find their own, is swiftly silenced, again and again. However, her shine refused to die and survived within her as a spark, a fighting spirit, and a sense of hope that defies logic.

It took five decades, six countries, multiple diagnoses, and ultimately a physical and emotional collapse for Jennifer to successfully find her voice, to thrive, to get the medical and psychological care she needed, and to begin the journey to a place of sanity and peace. Her story is one of crushing loneliness and isolation, but more than that, it's ultimately a story of resilience, hope, and redemption in ways that she could never have imagined.

A mentor, counsellor, artist, and now a successful author, Jennifer writes for various blogs, The Mighty, and other public spaces on neglect, emotional abuse, anxiety, disability and chronic illness. You can find her on most social media platforms under @JPeaSmith.

She is the author of "The Lion and the Peacock” and the first in her epic story “My Africa My Home - The Fault in the Family Memoir #1”. 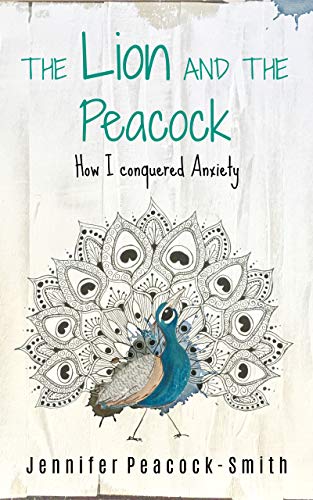 The Lion and the Peacock: How I Conquered Anxiety

Do you, or a loved one, struggle with Anxiety? Are you tired of feeling that you are at the mercy of your body, the experts, and situations that you can't control? Do you feel that traditional advice leaves you feeling as though you are swimming against the tide? 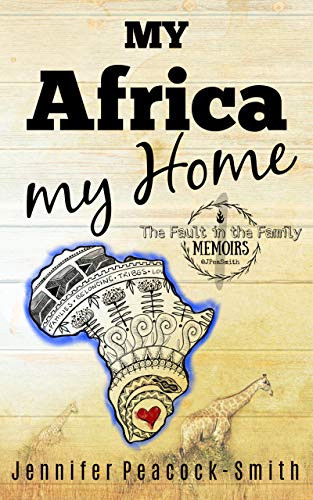 My Africa my Home: "The Fault in the Family" Memoirs - Book 1

Scrawny, and straw-haired, seven-year-old Jenny wakes up frozen. Her eyes won't open, her voice refuses to work, she can't even move her lips or her tongue. In fear, she grasps for her face, but her arms are both tied down, splayed out at either side. Why can't she move? Where is she? And how did she get here? Her immediate assumption is that this is a punishment. But what was her crime? She searches through a mass of fear and fog, and as a blurry picture begins to form, of noise and drama, snot and tears, horror and panic …. she finds it. That must be it. She'd ignored the rules, fractured the silence, made a scene. She'd broken the cardinal rule; she'd been disobedient. Publicly. She'd broken free of "invisible" and caused all this terrible trouble. Was she finally paying the price?