A humorist, a feminist and above all a humanist. Joanie Pariera (Pen Name), has apparently been thinking about writing fiction since the time she learned to say the word ‘pencil’. It came to be, that that was the first word her parents taught her to say. According to them, she then made up her own word for it just to watch them squirm.

She likes to think she is a master of many things including making up words. To start with she has two master’s degrees. She cooks, keeps house, codes and programs, and until recently used to write specifications for Information Systems for a living. Having travelled extensively, she has self-assimilated the cultural nuances of various unsuspecting anthropological groups and stealthily continues to put down her impressions in her writing.

She is a published author and her short stories have appeared in literary magazines like ‘Indian Ruminations’. The very first script she wrote, a Sci-Fi Feature titled ‘Orange Juice’ was on the shortlist for a major prize at the Motor City Nightmares International film festival.

A second short script she wrote titled 'The Slapening' won the first prize in the Sci-Fi Category at the Los Angeles Independent Film Festival (LAIFF). 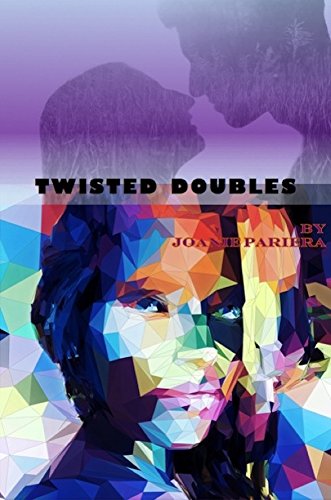 TWISTED DOUBLES
CHILLINGLY CRIMINAL
A young, seemingly guileless millionaire businessman, an unsuspecting, progressive, middle-class woman who meets and falls in love with him, a tortured ex-cop who gets entangled in their tragic love story, and a hardworking reporter with a never-say-die attitude - these are just some of the characters in this suspense-filled love story about what it means to hold on to everything that makes you, you.