John Sweeney is a British writer and broadcaster who became a YouTube sensation in 2007 while working for BBC Panorama and lost his temper with a member of the Church of Scientology. He admitted looking like an 'exploding tomato'. As a reporter, first for The Observer, then the BBC Sweeney has covered wars and chaos in more than eighty countries and been undercover to a number of tyrannies including Chechnya, North Korea and Zimbabwe. He has helped free seven people falsely convicted of killing babies, starting with Sally Clark and Angela Cannings. He has 'door-stepped' Vladimir Putin over the killings in Ukraine and when he challenged Donald Trump about his business relationship with mafiosi Fat Tony Salerno, Mr Trump walked out on him. Over the course of his career John has won an Emmy, two Royal Television Society prizes, an Sony Gold award, the What The Papers Say Journalist of The Year Prize, an Amnesty International prize and the Paul Foot Award. His hobby is falling off his bike on the way back from the pub.

Sweeney's rule of thumb in journalism is: 'I poke crocodiles in the eye with a stick.'

He lives in London, has written seven non-fiction books and two novels. His first, Elephant Moon, has sold more than 150,000 copies. His second, Cold, will be published in the summer of 2016. 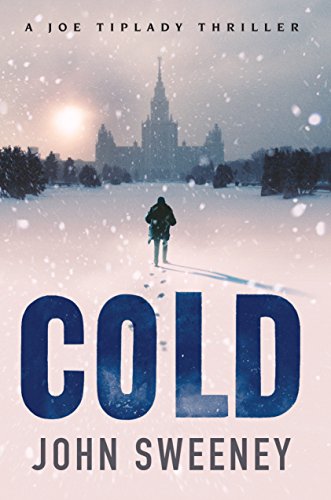 In the feeble light of a London winter, Joe Tiplady walks his dog in the snow. He is not alone. Two men are tracking him, as is a woman with wolf eyes. Soon Joe will find himself caught in a storm of violence and retribution that he does not yet understand.