Joseph Malik writes and lectures on advanced intelligence theory and asymmetric warfare for the Defense Intelligence Agency. He has worked as a stuntman, a high-rise window washer, a freelance writer, a computational linguist, a touring rock musician, and a soldier in the United States Special Operations Command. His hobbies include boxing, fencing, historical European martial arts, traditional archery, and linguistics.

A veteran of Operation Enduring Freedom, he lives in the Pacific Northwest along with his wife and their two dogs, and currently serves in the Army Reserve. Dragon’s Trail is his first novel, slated for release on September 30th, 2016. A sequel, The New Magic, is scheduled for summer 2017. 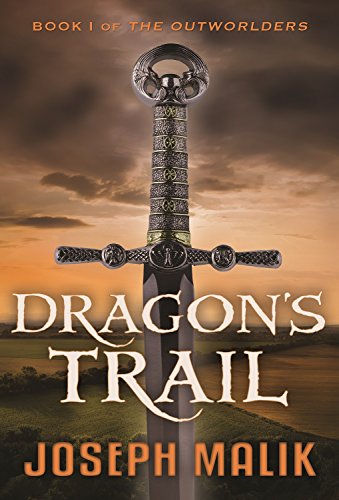 "I didn't come here to sell my soul. I came here to buy it back."
Once dubbed "The Deadliest Man Alive," Jarrod Torrealday is a former Olympic saber hopeful and medieval weapons expert banned from competition for killing another fencer in a duel. Despondent, volatile, alcoholic, yet still one of the greatest swordsmen alive, he now works for third-rate fantasy films as a technical consultant and stuntman.