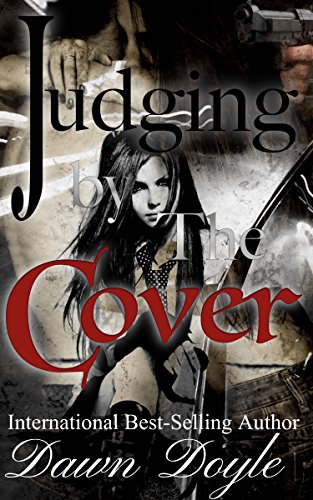 Judging by The Cover

They say blood is thicker than water, and that family comes before anything.
But, I knew that wasn't true.
Because, in a split second, I found out that blood isn't thicker than money.

Everything I thought I knew had turned upside down in an instant. I had never suspected a thing. I knew they weren't the nicest people, but they were mine and I loved them regardless. I would never forgive them for hiding things from me, but I understood why. They never wanted me to be mixed up in their world.
That had changed the moment I overheard the conversation. I found out more in those few minutes than I ever needed to know.

Demi has moved into yet another house with her guardians, and she's happy that she's finally safe from the people who want her dead… until she meets the neighbors and their son.

Jordan, still reeling from the loss of his best friend, is angered by the arrival of the new neighbors that move in next door…into his friend's house of all places.

What starts out as a volatile relationship turns into something else. Something a little less...hostile.
But... Demi can't have friends. If she did it wouldn't be safe for her, or them.

Jordan knows his behavior is irrational, but all he can think about was the day everything changed; the day he lost somebody close to him.

Can Demi get involved without putting him in danger, or will she put him at the highest risk possible to become friends?
Can Jordan get past the memories of the house next door and see Demi for who she really is?
Or, could Demi's painful past come back to put an end to them before they've even begun?

Warning:
Contains strong language and scenes unsuitable for persons under 18 years of age.
This book contains subjects that some readers may find difficult/disturbing to read.

Dawn Doyle is an author of contemporary romance.
Loving all genres of stories, Dawn leans to the romance side as that's where her heart lies.
Writing from an early age, Dawn finally decided to pursue writing as more than a hobby.