Kate DiCamillo’s writing journey has truly been a remarkable one. She grew up in Florida and moved to Minnesota in her twenties, where homesickness and a bitter winter led her to write Because of Winn-Dixie — her first published novel, which became a runaway bestseller and snapped up a Newbery Honor. The Tiger Rising, her second novel, was also set in Florida, and went on to become a National Book Award Finalist. Since then, the best-selling author has explored settings as varied as a medieval castle, a magician’s theater, and the bustling streets of Memphis, while continuing to enjoy great success, winning two Newbery Medals and being named National Ambassador for Young People’s Literature.

In her latest novel Raymie Nightingale, an instant New York Times #1 bestseller, she returns to her roots, once more setting the story in the Central Florida of her childhood. Like Raymie Clarke, the hero of this novel, Kate DiCamillo grew up in a small southern town in the seventies with a single mother, and she, too, entered a Little Miss contest and attempted to learn to twirl a baton. But while Raymie’s story is inspired by the author’s own life, Kate DiCamillo has transformed these seeds of truth into fiction — and in doing so, has captured a more universal truth.

No matter where her books are set, their themes of hope and belief amid impossible circumstances and their messages of shared humanity and connectedness have resonated with readers of all ages around the world. In her instant #1 New York Times bestseller The Miraculous Journey of Edward Tulane, a haughty china rabbit undergoes a profound transformation after finding himself facedown on the ocean floor — lost, and waiting to be found. The Tale of Despereaux — the Newbery Medal–winning novel that later inspired an animated adventure from Universal Pictures — stars a tiny mouse with exceptionally large ears who is driven by love to become an unlikely hero. The Magician’s Elephant, an acclaimed and exquisitely paced fable, dares to ask the question, What if? And Kate DiCamillo’s second Newbery Medal winner, Flora & Ulysses: The Illuminated Adventures, was released in 2013 to great acclaim, garnering five starred reviews and an instant spot on the New York Times bestseller list.

Born in Philadelphia but raised in the South, Kate DiCamillo now lives in Minneapolis. 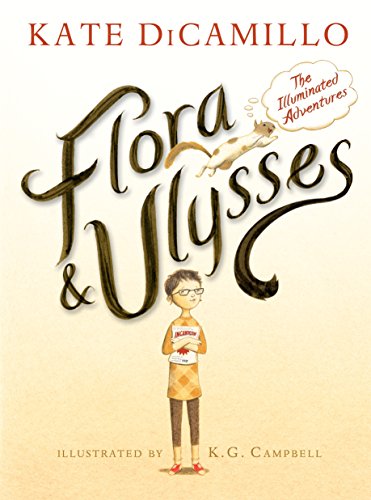 Holy unanticipated occurrences! A cynic meets an unlikely superhero in a genre-breaking new novel by a master storyteller.
It begins, as the best superhero stories do, with a tragic accident that has unexpected consequences. The squirrel never saw it coming - the vacuum cleaner, that is. As for self-described cynic Flora Belle Buckman, she has read every issue of the comic bookTerrible Things Can Happen to You!so she is just the right person to step in and save him. What neither can predict is that Ulysses (the squirrel) has been born anew, with powers of strength, flight and misspelled poetry. And Flora will be changed too as she discovers the possibility of hope and the promise of a capacious heart. From #1New York Timesbestselling author Kate DiCamillo comes a laugh-out-loud story filled with eccentric endearing characters and featuring an exciting new format - a novel interspersed with comic-style graphic sequences, plus full-page illustrations, all rendered in black-and-white by a talented new artist. 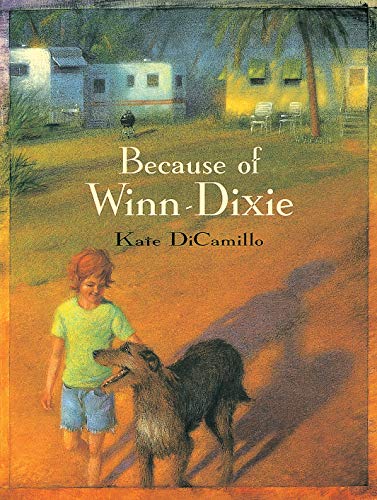 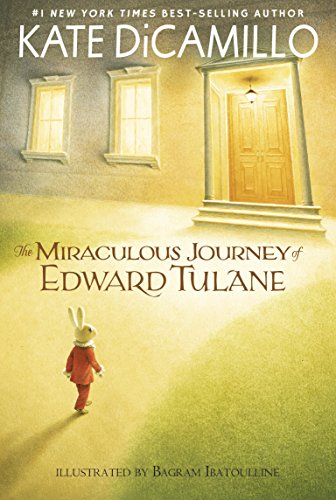 The Miraculous Journey of Edward Tulane

Once, in a house on Egypt Street, there lived a china rabbit named Edward Tulane. The rabbit was very pleased with himself, and for good reason: he was owned by a girl named Abilene, who adored him completely. And then, one day, he was lost... Kate DiCamillo takes us on an extraordinary journey, from the depths of the ocean to the net of a fisherman, from the bedside of an ailing child to the bustling streets of Memphis. Along the way, we are shown a miracle--that even a heart of the most breakable kind can learn to love, to lose, and to love again.