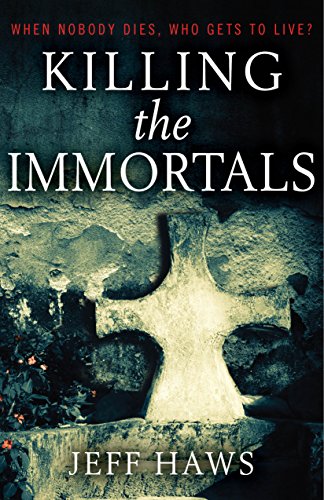 Would you murder for God? Would you step forward to stop those who tried?

When modern medicine has conquered mankind's greatest foe - death - Richard and his son Jacob believe humanity has gone too far in its quest to subvert God's will. As they set out to kill those they believe should have died, they find their own family standing in their way.

Cain and his wife, Hannah, look to stand up for their own interpretation of God's will, taking on a mysterious cabal that no one else would challenge, putting their own lives on the line to save their community from the church's murderous wrath - even though it means seeing their own family crumble around them.

Jeff Haws delivers an edge-of-your-seat suspense that never allows its readers to take a breath from beginning to end, in a story at the intersection of family and faith, life and the struggle against inevitable death.