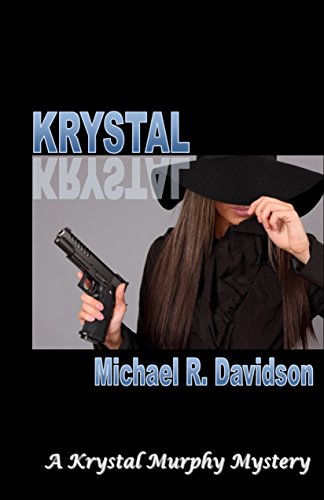 A controversial Miami judge is murdered in a Washington hotel room. Homicide detective Krystal Murphy identifies an ideal suspect, a person with motive and opportunity. Following the suspect's trail to Miami, she is confronted by an unspeakable tragedy. Convinced her initial instincts were wrong, she teams with a Miami detective. When more people associated with the case begin turning up dead, Krystal finds herself in a race against time before she herself becomes the next victim of an increasingly desperate killer.

Michael R. Davidson was raised in the Mid-West. Heeding President Kennedy’s call for more young Americans to learn Russian he studied the language, and military service took him to the White House where he served as translator for the Moscow-Washington “Hotline.” His language abilities attracted the attention of the Central Intelligence Agency, and following his military service Mr. Davidson spent the next 28 years as a Clandestine Services officer. Seventeen of those years were spent abroad in a variety of sensitive posts working against the Soviet Union and the Warsaw Pact. In the private sector he worked as a business owner and security and economic development consultant before devoting full time to his writing.