L. Palmer has spent many years traveling fictional worlds and building tales of grand, epic adventures. When she was in the midst of a grand battle between two ogres and a stegosaurus, she stumbled upon the world of Pippington. Dreams of wizard duels and clashing armies gave way to motorcars bumping down old city lanes and fairy godmothers disguised as high-society gossips. Here, she found a new literary home.

In between exploring the hidden lives and magic of within the page, L. Palmer has lived among the mountains of Utah and along the shore of California. She developed her imagination and adventure skills growing up in Girl Scouts, working for ten years at resident summer camps, teaching high school English, attending and working at the University of California Santa Barbara, and reading great books of fantasy and magic. 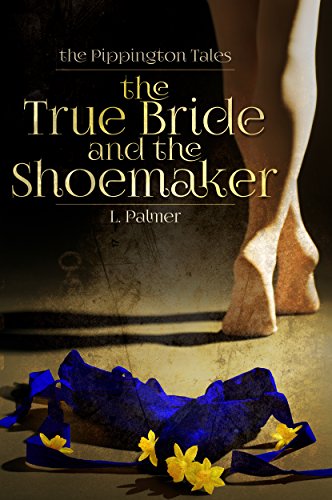 The True Bride and the Shoemaker: The Pippington Tales (Book 1)

There is magic in the streets of Pippington, but most people are too busy to notice.
Shoemaker Peter Talbot needs a little magic. Cheap, factory made, shoes are putting him out of business, his nagging sisters will never let him rest, and his efforts to find true love are constantly thwarted by worldly fickleness. However, the gift of a wild primrose and a shipment of rare griffin skin are about to change everything...When beautiful handmade shoes begin appearing in his shop every morning, Peter is determined to find the source. What he finds instead will be far more exciting and wondrous than he could ever imagine.