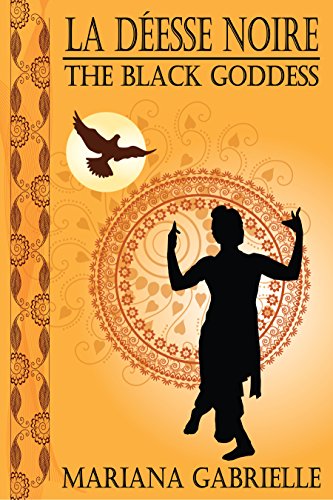 Sired by a British peer, born of a paramour to Indian royalty, Kali Matai has been destined from birth to enthrall England's most powerful noblemen-though she hadn't counted on becoming their pawn. Finding herself under the control of ruthless men, who will not be moved by her legendary allure, she has no choice but to use her beauty toward their malicious and clandestine ends.

When those she holds most dear are placed in peril by backroom political dealings, she enlists some of the most formidable lords in England to thwart her enemies. But even with the help of the prominent gentlemen she has captivated, securing Kali's freedom, her family, and the man she loves, will require her protectors stop at nothing to fulfill her desires.

Mariana Gabrielle is a pen name for Mari Christie, who is not romantic--at all. Therefore, her starry-eyed alter ego lives vicariously through characters who believe in their own happy-ever-afters. And believe they must, as Mariana loves her heroes and heroines, but truly dotes on her villains, and almost all of her characters' hearts have been bruised, broken, and scarred long before they reach the pages of her books.

She is a professional writer, editor, and designer with almost twenty-five years’ experience, a member the Speakeasy Scribes, and PR Chair for the Rocky Mountain Fiction Writers. She is the author of multiple Regency romance novels, including The Sailing Home Series and La Déesse Noire: The Black Goddess, and will soon release a mainstream historical, Blind Tribute.