Lilly Robbins Brock and her husband live in a quiet country coastal setting on the Columbia River. She began her business as an interior designer in 1980, and has recently retired. Living in the country is the ideal environment for Lilly to pursue her lifelong desire to write. She also enjoys gardening, and realized her pioneer family’s planter blood is alive and well within her. Her book, Food Gift Recipes From Nature’s Bounty was inspired by the garden and orchard. Preserving the food evolved into the idea of sharing some of that food—the gift of food.

Lilly loves history and one of her passions has been researching the genealogy of her family. She was born and raised in Olympia, Washington where her pioneer family homesteaded in the late 1800s. She has been working on a historical fiction novel, Intrepid Journey, about a family in the 1850s traveling on a paddle wheel steamship from New York to the rugged Pacific Northwest via the dangerous South American route. It’s a revealing glimpse into the past of what life was like at that time.

Her book, Intrepid Journey, was put on hold when she discovered two letters written by her now deceased father while he was on the battlefront of World War II. The letters inspired her to find a World War II veteran still living and tell his story. She found her veteran and wrote Wooden Boats & Iron Men to honor him and all veterans.

She has now written a second World War II veteran’s story in her book, Ever A Soldier.

Lilly feels that every veteran has a story, and at least she has been able to shine a light on these two extraordinary men.

To stay tuned in to current and upcoming projects, please feel free to visit www.lillyrobbinsbrock.com, or if you have any questions or comments, you may contact her at lillybrock62@gmail.com. 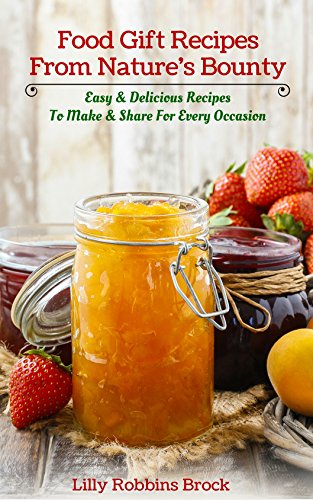 Food Gift Recipes From Nature's Bounty: Easy & Delicious Recipes to Make and Share for Every Occasion

What better way is there to show those you care about than presenting them with a gift made personally by you? The answer is the gift of food prepared with love and affection. Food Gifts Recipes From Nature's Bounty is sure to become your go-to book, and you'll not only be prepared for the expected occasions, but the unexpected occasions as well. 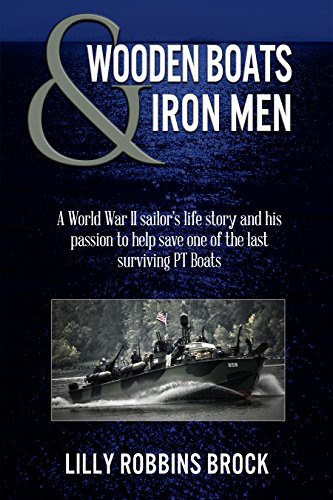 WOODEN BOATS & IRON MEN: A World War II sailor's life story and his passion to help save one of the last surviving PT Boats

When the author found two letters written by her now deceased father while he was on the battlefront of World War II, she knew she had to find a World War II veteran still living amongst us and tell his story. She found her veteran. 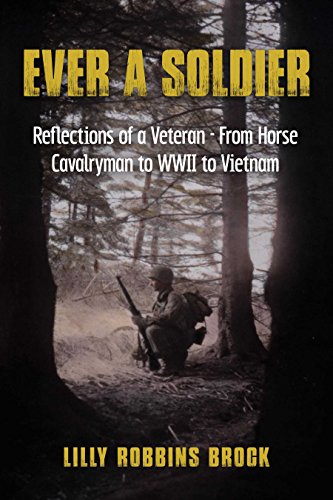 Ever A Soldier: Reflections of a Veteran - From Horse Cavalryman to WWII to Vietnam

How does a soldier live with the inhumanity of war and survive to live in peace afterward? What came before in the lives of our defenders that allowed them to stand so strongly? Perhaps most importantly, what comes after as they strive to make new lives for themselves and their families? 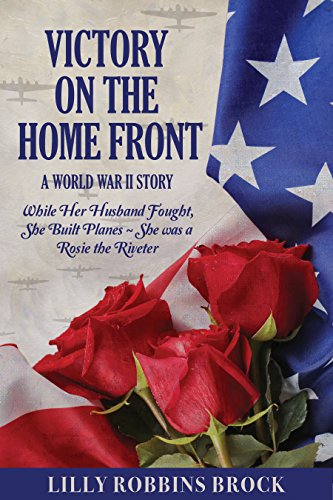 Victory on the Home Front: A World War II Story: While Her Husband Fought, She Built Planes ~ She was a Rosie the Riveter

Love, Marriage, Separation. A young couple's marriage is interrupted by war. Their idyllic life is about to change. Will their love survive?
After Priscilla and Dean celebrated their first wedding anniversary in October 1941, the unimaginable happens. Pearl Harbor is attacked on December 7th. They know it's only a matter of time before Dean is called to serve.