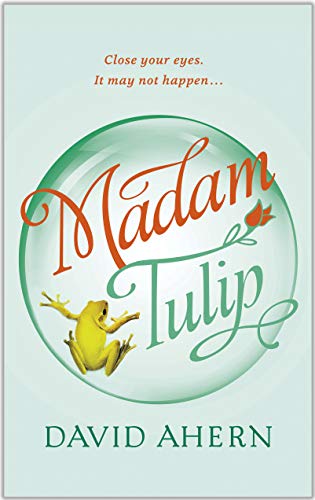 
Out-of-work actress Derry O'Donnell is young, talented, a teeny bit psychic ... and broke. Spurred on by an ultimatum from her awesomely high-achieving mother, and with a little help from her theatrical friends, Derry embarks on a part-time career asMadam Tulip, fortune-teller to the rich and famous.But at her first fortune-telling gig - a celebrity charity weekend in a castle - a famous rap artist will die.

As Derry is drawn deeper into a seedy world of celebrities, supermodels and millionaires, she finds herself playing the most dangerous role of her acting life.Trapped in a maze of intrigue, money and drugs, Derry's attempts at amateur detective could soon destroy her friends, her ex-lover, her father and herself.

Madame Tulip is the first in a series of Tulip adventures in which Derry O'Donnell, celebrity fortune-teller and reluctant detective, plays the most exciting and perilous roles of her acting life, drinks borage tea, and fails to understand her parents.

What readers say about Madam Tulip -


"I absolutely loved it! Madam Tulip has just the right amount of mystery, humor, suspense, and all around great writing!carrieksbookreviews


"...a book that you really need to bring along next time you hit the beach!"behindthewillows


"Ahern keeps the laughs coming from beginning to end..."the bandwagon


"...a cast of delightful eccentrics flailing their way through a gripping adventure that culminates in a satisfyingly cataclysmic conclusion."The New Podler reviews


"Derry is a brilliant and authentic character." "[Madam Tulip] is so original and engaging and has so many 'laugh out loud' moments."aoibhreads


"A wonderful read for a raining Sunday afternoon curled up on the sofa with a hot chocolate and cuddle throw."theaddictionofbooks


"The excitement of the conclusion kept me riveted. A well balanced tale that twists and turns, keeping the reader guessing."mikestheaterofthemind


"...the most delightful heroine you can imagine."whisperingstories


"Madam Tulip by David Ahern will have you laughing and playing detective at the same time."booksofallkinds


"Ahhhh what a lot of fun that was!"caroleraesrandomramblings