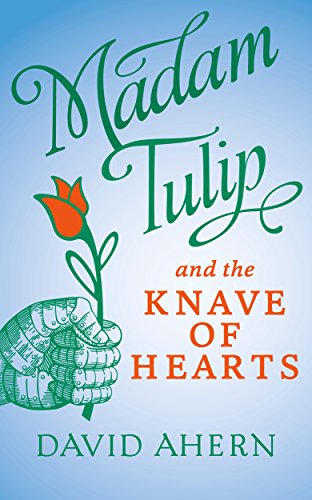 Madam Tulip and the Knave of Hearts: (An English country house mystery - Book #2)

When out-of-work actress Derry O'Donnell moonlights as celebrity fortune-teller Madam Tulip in an English Stately home, she's trying to make some cash. Instead, she is drawn into an alien world of wealth, titled privilege and family secrets.

A countess once a chorus girl, a gambling earl and his daughters, a cultured and handsome art expert-all caught in a terrifying web of ghastly threats, murder and abduction. As an aristocratic engagement party turns into a nightmare, Derry and her friend Bruce face the prospect of a gruesome and infamous death.

Madame Tulip and the Knave of Hearts is the second in a series of thrilling and hilarious Tulip adventures in which Derry O'Donnell, celebrity fortune-teller and reluctant amateur detective, plays the most exciting and perilous roles of her acting life, drinks borage tea, and fails to understand her parents.

"Packed full of mystery and suspense"bytheletterbookreviews

"Perfect for anyone who loves a cozy mystery with a twist."aoibhreads

"This is the new series I'm recommending to anyone who loves a humorous mystery!"behindthewillows


"It's a delight to again meet up with Madam Tulip"whisperingstories