Mike Robbins is the author of two books of travel memoirs, three of fiction, and a scientific book on climate change. He has been a journalist, traveler, development worker and climate-change researcher.

Born in England in 1957, he graduated in 1979 and worked in rock-music publishing, financial journalism, as a traffic broadcaster and as a reporter on the fishing industry.

In 1987 he went to work as a volunteer in Sudan, an experience he described in his book Even the Dead are Coming (2009). He later also worked as a volunteer in Bhutan and went on to live in Aleppo, Brussels and Rome. These travels led eventually to a collection of long travel pieces, The Nine Horizons (2014), and a novel, The Lost Baggage of Silvia Guzmán (2014). A collection of three novellas, Three Seasons: Three Stories of England in the Eighties, was published at the end of 2014, and a novella, Dog!, in 2015.

Robbins is also the author of a scholarly work on agriculture and climate change, Cropping Carbon: Paying Farmers to Combat Climate Change (2011), published by Earthscan (now part of the Taylor & Francis group). He currently works as an editor. 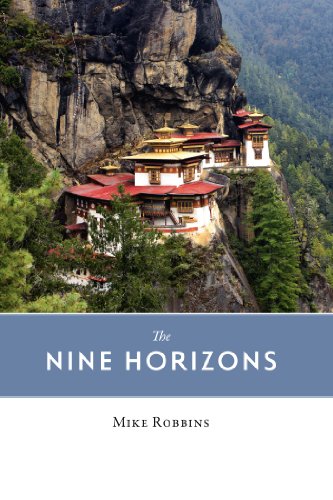 In 1987 Mike Robbins, a young journalist in London, felt restless and decided to travel. He never really stopped. In the quarter century that followed he lived and worked in countries as diverse as the world itself.