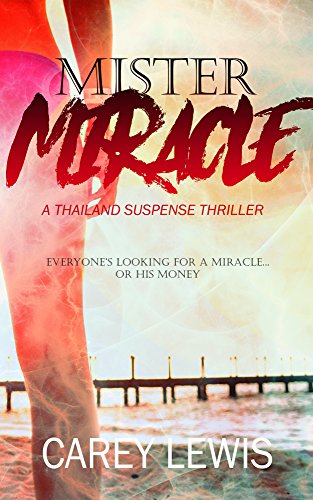 
Hugh Gallant has survived a lightning strike, throwing himself off a skyscraper, and a divorce from a redheaded woman. He also won the lottery three times and moved to Thailand.

He is known as Mr. Miracle.

Dutch used to be Hugh's best friend. Together, they concocted a scheme that resulted in a man plummeting thirty-eight floors to his death. Dutch must bring Hugh home or have the murder put squarely on him.

But he's not the only one searching for a Miracle.

The ex-wife has teamed up with a former rapper and a furnace repairman who moonlight as criminals to swindle Hugh. They continually raise the stakes when each plan fails, going from extortion, abduction, to even murder, until they can find some way to make Hugh give up his millions.

They learn miracles are hard to come by.

'The Land of Smiles' isn't just sandy beaches and bikini clad women, and moonlighting criminals can prove more deadly than full time ones. Dutch needs to decide if he will risk his life to protect Mr. Miracle, bring him to justice, or make a play for the money himself.