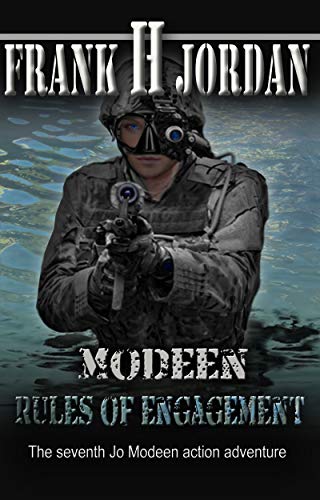 Modeen and other members of her old Special Forces squad find themselves subpoenaed to provide statements to a military inquiry into allegations of war crimes. After details of those allegations are leaked to the press, JustFacts Media trains its sights on the ‘tallest poppy’, Victoria Cross recipient Ben Logan.
Did Ben and his squad blatantly breach the ADF’s Rules of Engagement while on deployment?
Could this be simply a witch-hunt by the media, orchestrated to discredit the Australian war hero?
Or is something more sinister at work?

MODEEN: RULES OF ENGAGEMENT is the 7th book in the high-action JO MODEEN series.