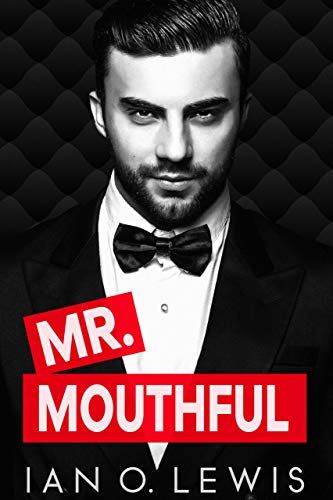 Big Talent, Huge Ego, and an Enormous… Everything.

Josh- After years of hard work I finally landed my dream job as a musician with a major orchestra. When our new conductor with a name too hard to pronounce strutted on to the stage for the first time, he oozed a confident and cocky sex appeal that captivated me and every other person present. I was used to being the wallflower, the boy always picked last for the team. So when he demanded I meet him after work for a private rehearsal, I was shocked. Of course I went, only to discover my new conductor was a bit handsy, if you know what I mean. At first I thought I was reading too much into it, but the chemistry sparking between us was real. Serge was more than just my boss, he was a force of nature determined to make me his.
Serge- Don’t fall in love. Ever. That’s how I lived my life, until I met him. When I first laid eyes on Joshua, all I could think of was how much I wanted to hear his voice screaming my name while I… you get the picture. I was coming dangerously close to falling for him, which could destroy me and the paper-thin walls I’d built to keep the world at bay. On the outside, I appeared to have everything a man could want. A successful career that spanned the globe, and a face that appeared on the covers of magazines. On the inside, I had a secret that could destroy us both.
Trigger Warning: Scene involving suicide.

Mr. Mouthful is a red-hot read about a mercurial man who appears to have it all, but realizes he has nothing without the only man he loves by his side. It’s book three in The Boys of Oregon Hill Series and can be read as a stand-alone novel.