Norman has enjoyed writing for more than two decades. He has always considered a combination of decent fiction and good coffee as providing the best way to unwind and slip out of ordinary life for a while.

Having grown up in Central Scotland, he studied English at Stirling University, where he began penning poetry, drama scripts and short stories. However, his real commitment to writing resulted from spending a snowy winter attending some fireside writing workshops in Perth.

More recently, Norman’s love of crime fiction led him to create the weary detective Leighton Jones. Having based his debut novel for Bloodhound Books- The Girl on the Bus- around this character, Norman felt so intrigued by him that he decided to give Jones at least two more outings.

Aside from his family, Norman’s other passion is cooking, which may explain why culinary elements always seem to creep out of his kitchen and into his stories.

You can follow him on Twitter @normthewriter and find out more information on his blog: http://nmbrownfiction.blogspot.co.uk/
www.nmbrownfiction.com 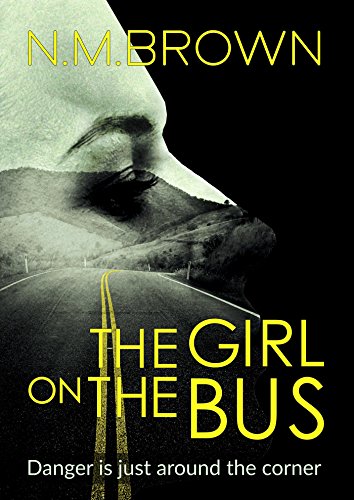 The Girl on the Bus

The Girl on the Bus: a gripping new crime thriller

A retired detective and a young woman are about to face their worst fears.
Vicki Reiner is emotionally isolated and craves the fleeting happiness she experienced in the years prior to her college graduation. In an attempt to recapture this, she invites her old friend, Laurie, for a break at her deserted beachside home. However, despite booking an online bus ticket, her friend never shows up.