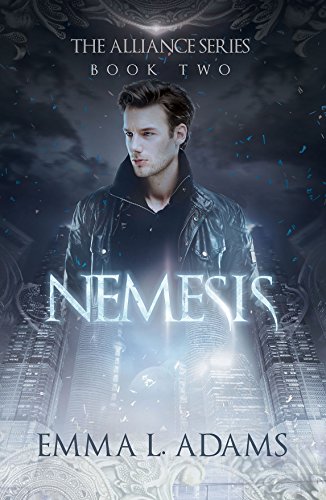 It's hard to defend the Earth from deadly monsters when you suspect you might be one of them.

Discovering she's a walking magical weapon is just the beginning of Ada's problems. Her guardian thinks she's turned traitor, and her new boss has put her on goblin-catching duty. With enemies around every corner and a centaur uprising threatening to bring a bloodbath to Earth's doorstep, Ada and Kay are once again thrown into danger -- and a conspiracy that could change the world as they know it.

Against an enemy they quite literally can't see, Ada and Kay must face up to the real, deadly potential of magic...

Nemesis is the second book in the universe-hopping urban fantasy Alliance series.

Emma spent her childhood creating imaginary worlds to compensate for a disappointingly average reality, so it was probably inevitable that she ended up writing urban fantasy and young adult novels. When she's not immersed in her own fictional universes, Emma can be found with her head in a book or wandering around the world in search of adventure.

Visit http://www.emmaladams.com/ to find out more about Emma's books, or subscribe to her newsletter (smarturl.it/ELAnewsletter) for new release alerts and a free short story.