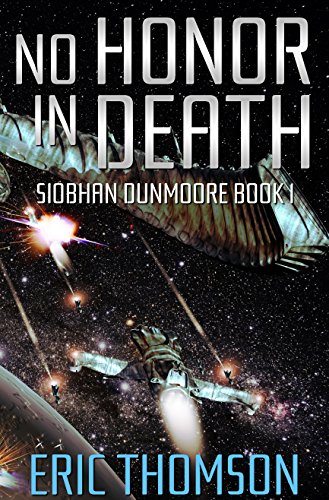 Siobhan Dunmoore was not having a good war. She's had more ships shot out from under her by the invading Shrehari Empire than any other officer in the Fleet. Some called her overly aggressive. Others simply called her reckless. What the enemy called her was something else altogether. That she gave the Shrehari a good drubbing along the way didn't matter in the least, because not all her enemies wore an Imperial uniform. A reputation for bad luck was pretty much the only reputation she had left.

Sailing yet another ruined starship home after a near defeat, she wanted nothing more than a long, long rest, because this time, she had escaped by the thinnest of bluffs. Unfortunately, the Admiralty had other ideas. The frigateStingray was known as the unluckiest ship in the Fleet and her Captain had just been removed in disgrace for cowardice. Some in the Admiralty would dearly love to retire the old warhorse. After all, she was the last of her type left in service, and perhaps it was time to break up the jinx permanently, along with the crew. But in the midst of an interstellar war, every ship that could fight was needed. In short order, Dunmoore went from staring down the Empire's finest on the bridge of a wrecked battleship to taking on a demoralized, semi-mutinous crew, scheming Admirals and a deadly mystery. Stingray's bad luck wasn't just superstition gone rampant. Between a crew that won't talk, political enemies who want her gone, and her personal demons, she's got her hands full. Taking the frigate into battle under those conditions would seem foolish to anyone else, but Dunmoore was never one to shrink from a good fight. Failure was not an option, and defeat not an acceptable alternative, for there was no honor in death, only in victory. She would redeem herself and her ship or be damned for all eternity.