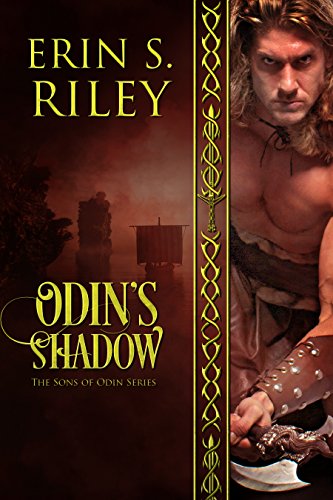 BOOK ONE OF THE SONS OF ODIN SERIES

In ninth-century Ireland, Selia is a girl on the verge of womanhood, frustrated by the confines of her gender and resentful of the freedom her brother boasts of. Intelligent and resourceful in a time when neither is valued in a female, she longs for an escape from her sheltered existence. Fascinated by the tales of Viking raids told by her maidservant, Selia's hunger for independence is fed through the stories of heathen ferocity she hears at the woman's knee.

A decision to sneak to the city's harbor to view the Viking longships leads to an encounter with Alrik Ragnarson, a charismatic Viking warlord whose outward beauty masks a dark and tortured mind. With the knowledge that her father is about to announce her betrothal to a man she doesn't love, Selia marries Alrik and within a day is on the longship bound for Norway and a new life.

While Selia's relationship with her new husband grows, her friendship with his brother Ulfrik grows as well. And as Alrik's character flaws come to light and tension mounts between the two brothers, Selia begins to have misgivings about her hasty marriage . . . especially when a secret from the past is revealed, one that threatens to destroy them all.