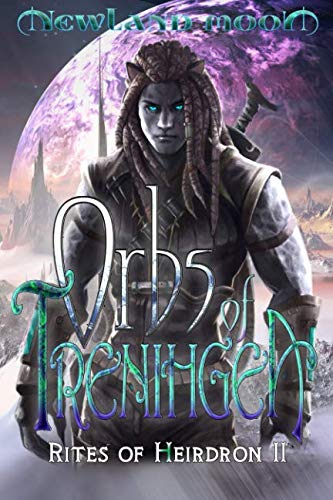 They poisoned his planet, massacred his people, and violated his mother.
Then, they came for him.

After an interplanetary betrayal decimated his world, Zrahnz struggled to protect his people and reclaim his legitimacy as their ruler.

Now, hehas received theRites of Heirdron and vows to defend the Triax planets torn asunder by a corrupt galactic council, and the"shadow whisperers" who have manipulated them all.

With the aid of First Commander Lezayen and his QuNytwanian fleet, Zrahnz must unite the factions that deceived them in the past. The ensuing battle is for more than the survival of Triaxeyn, it's for the liberation of the galaxy.

Aaron-Michael Hall is an award-winning author residing in Georgia. She writes classic epic fantasy with a grimdark edge and science fantasy romance. Since August 2015, she has written nine full-length novels and published five. Her first novel, The Rise of Nazil has won numerous reader awards.

Now, when she is not interviewing indie authors on her Desu Beast Blog, being super mom, wrangling stampeding miniature dachshunds, or managing her 9 to 5, she is interweaving genres, creating languages, and adding just the right edge to keep you turning pages.

When asked why she wrote this series, Aaron-Michael simply said, “It needed to be written.”

It is her hope that the readers enjoy the wonders of Faélondul and Ahmezurhran even more than she enjoyed writing about them.