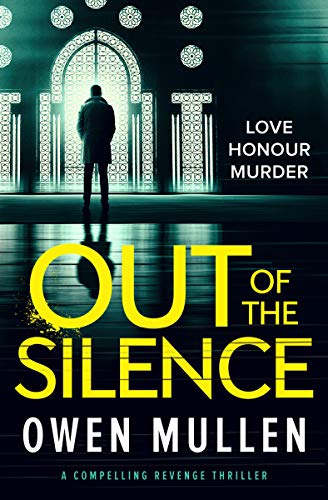 Out of the Silence: a compelling revenge thriller

A powerful new thriller from a critically-acclaimed and bestselling author.

Star investigative reporter Ralph Buchanan's glory days are behind him. His newspaper has banished him to Pakistan, not knowing the greatest moment of his long career is waiting for him there.

When Simone Jasnin asks him to help expose a grave injustice, he finds himself embroiled in a harrowing tale that began in a dusty settlement in rural Punjab, setting in motion a chain of events that will change the lives of everyone involved.

Seven years later in the city of Lahore, members of a prominent family are being brutally murdered one by one. The only clue is a hand-carved wooden bangle left at the scene of each crime.

As the list of suspects grows and the tension mounts, Ralph realises the answers might be closer to home than he ever thought possible.

Solving the mystery will put him back on top but at what cost?

Owen Mullen is the author of psychological thriller In Harm's Way and the explosivePI Charlie Cameron Series.Out of the Silence is a powerful revenge thriller which will appeal to fans of authors like Victoria Selman, Chris Collet and J.B. Turner.