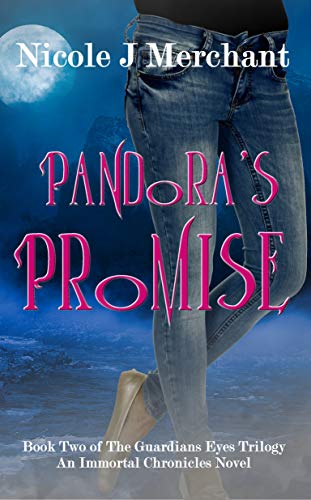 Brie never wanted to be a protector, never wanted to be some great descendant of a goddess. She was happy in her normal, mortal life. She was popular in high school, captain of the cheerleading squad, and had just started dating Lukas-a popular guy from her class. That was until eight months ago.

Now, Lex's boyfriend, Zagreus, and his father, Hades are trapped in a forbidden realm-a realm that just might be strong enough to destroy the two gods-and Brie's hopes of returning to her normal life all but disappear.

She and her sister, Lex, are summoned to Earthchild Academy by their guardian and tasked with rescuing the gods. Along with Hermes and a troubled Norse god, they make their way into Pithos and seek the help of Pandora-the gatekeeper of the realm.

But will they arrive in time to battle through the dark Forces that rule the realm and save the gods, or will they succumb to their deepest, darkest fears?