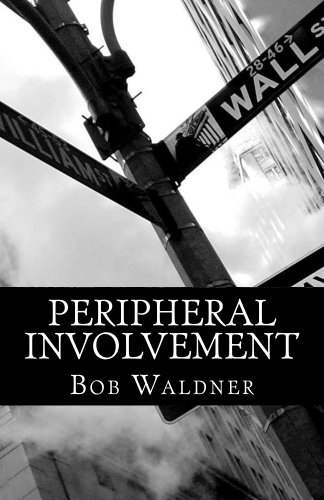 Jack Caufield never imagined that he would wake up one day and find a dead woman in his bed. That sort of thing wasn't supposed to happen to guys like him. He was on his way to law school, but instead of fielding Socratic questions from law professors, he finds himself facing the third degree from a bunch of angry cops. Despite their efforts, they find nothing incriminating, and Jack is allowed to get on with his education and his life.

Over the next fifteen years, he becomes a modestly successful corporate lawyer, a well-paid but insignificant cog in the Wall Street machine. He's resigned to playing a disappointing role in the system that he has come to disdain, until he learns that his encounter with that unlucky girl may not have been coincidental. Confronted with the possibility that the men who run the prestigious financial institution that he now represents may have been involved in a shocking conspiracy, his search for the truth is complicated by the knowledge that discovering it could cost him the career that he's spent his life chasing.

Peripheral Involvement explores Jack's struggle to reconcile the reality of his life against his expectations and to refine his understanding of success. Along the way, it looks at the absurdity of the modern-day financial industry, the current state of the American Dream, our propensity for self-deception… and baseball.

Armed with degrees from Duke University and the University of Michigan Law School, Bob Waldner moved to New York City many years ago to seek his fortune. Not being an adept fortune-seeker, he started writing fiction. He published his first novel, Peripheral Involvement, in 2014, and his short stories have appeared, or are scheduled to appear, in The Saturday Evening Post, Pinball, theEEEL and Mulberry Fork Review. He continues to practice corporate law in Manhattan, where he lives with his wife, Erinn, and his two daughters, Maureen and Madeleine. You can find him on the web at www.bobwaldnerbooks.com.