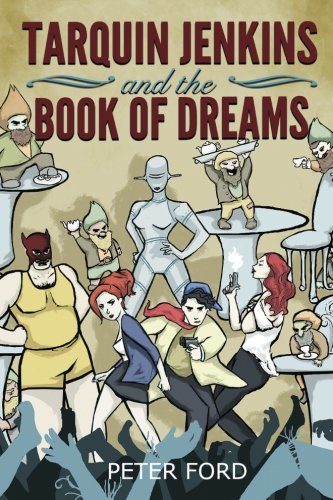 All Tarquin Jenkisn wanted to do, was travel through space and time, solve some of the Universe's more pressing problems, and lay hands on the Nerydire Book of Dreams.

Unfortunately, nobody told him about the bloodsucking Leche, the leprechauns, the other leprechauns, the killer androids, the extremely rude waitress, Nostradamus, Leonardo da Vinci, the malfunctioning toaster, the Zargothian legal system, the Bloated Shagganat nightclub, the psychopathic Griddleback hordes, and a flame- haired, one-eyed space pirate called Georgia Blade.