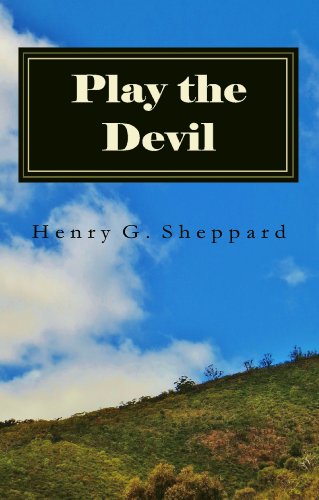 Wilfred Lever, son of ambitious missionaries, is wrenched from his life in an Indian village by a prophecy: he shall be Elijah in his own country. Sent to Adelaide to stay with an embittered and perverted aunt, he is well into adolescence when his family joins him there. In the first manifestation of a burgeoning power complex, he forces himself upon his half-sister Mary, now a deeply desirable young woman. What follows is the beginning of a lifetime of burying secrets beneath the surface of church life. The prophecy seals Wilfred's moral doom as he is given carte blanche to a lifetime of abuses within the auspices of the church. The institutional nature of his life protects him from retribution. A character with no moral compass, he feels himself to be untouchable. He gets away with cheating at Bible College, an affair with his secretary, deeply suspect financial dealings, and eventually an act more disturbing than all of these combined. His wife Lorna, the guiding hand behind the scenes, tolerates Wilfred's corruption and hypocrisy, always with one eye to her social position. The church leadership is willing to prop him up too; church members have any number of skeletons in the closet that can be used to manipulate and silence them when necessary. Everyone, it seems, is onto a good thing, and they all know how to cover their backs. But when Wilfred rapes Mary's daughter, it seems his number is up. Despite his best efforts to hush things up, rumours are circulating about the girl's convenient suicide and his involvement in a financial scandal. Mary plans to kill him. The board forces Wilfred's resignation, but at his lowest point, it seems the prophecy really is true. The church is priming him for politics: all his travails have led him to this moment, where at last he is on the brink of true power.

Henry Sheppard was born in Melbourne in 1954, the second of eight children, to a schoolteacher of Irish descent and a Polish refugee, a former slave labourer in Nazi Germany. His father became an alcoholic and abandoned the family when Henry was nine. His mother brought the children up on her own.

After completing high school in rural Victoria, Henry itinerated around Australia, working in a wide range of jobs, before settling in Adelaide.

In February 1996 he was sued for defamation by the National Executive of the Assemblies of God in Australia over his account of the AOG Insurance Agency scandal. The legal action failed to intimidate him and was discontinued by the AOG in September of that year. Shortly after, the denomination changed its name. The incident gave impetus to the writing of ‘Play the Devil’, an examination of the life of a fictitious Pentecostal church leader.

‘Haematemesis’ was written after experiencing courses of chemotherapy in 2007 and 2015 for the treatment of leukaemia. After collapsing from low haemoglobin, due to damage to his bone marrow, he was admitted to hospital on three occasions. As a wise man once said, there is much a patient can learn in a large teaching hospital.

Today he lives with his wife Rainee, and divides his time between writing, gardening and trips to hospital.