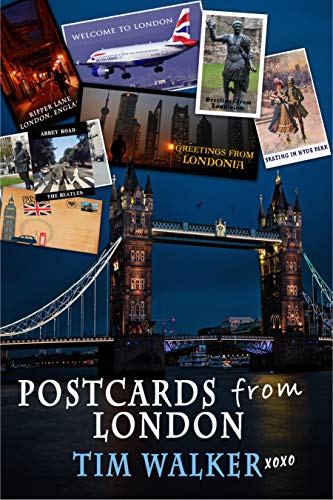 Imagine Iron Age fishermen, open-mouthed to see Roman galleys, rowed by slaves, dropping anchor at their village - a place the Romans would turn into the port and fortified town of Londinium. These Romans were the first of many men of vision who would come to shape the city of London we see today.

London's long and complex history almost defies imagination, but author Tim Walker has conjured citizens from many familiar eras, and some yet to be imagined. Turn over these picture postcards to explore his city through a collage of human dramas told in a range of genres. See the tumult of these imagined lives spotlighted at moments in London's past, present and, who knows, perhaps its future.

The city of London is the star of this collection of fifteen engaging stories from Tim Walker. Drawing on the vivid history of the city where he has both lived and worked, Postcards from London celebrates the magnificent and multifaceted metropolis that is home to 8.8 million people.