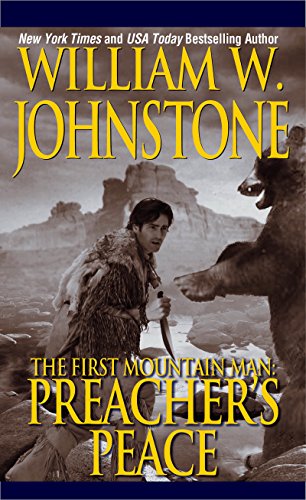 Long before there was a mountain man called Preacher, a young adventurer set off with a team of fur traders from St. Louis for the time of his life. On a wild frontier, he sought a fortune. Instead, he found blood, betrayal, and the beginning of a legend. Armed only with a knife, surrounded by a fierce Blackfoot war party, the young man was forced to kill a warrior chief in an act of audacious courage. But when a grizzly bear attack left him half-dead, he could no longer protect himself. By the time the Blackfeet found him again, he had been abandoned and doublecrossed, with only one last trick up his sleeve: the ability to talk himself out of an impossible situation -- and into a battle for his life.

So began William Johnstone's masterful saga of the courageous loner who would become known as Preacher. Because when he was alone and desperate, he drew on a preacher's skills -- and a mountain man's cunning -- to give his enemies hell.

Being the all-around assistant, typist, researcher, and fact checker to one of the most popular western authors of all time, J.A. Johnstone learned from the master, Uncle William W. Johnstone.

"Every day with Bill was an adventure story in itself. Bill taught me all he could about the art of storytelling. ‘Keep the historical facts accurate,' he would say. ‘Remember the readers, and as your grandfather once told me, I am telling you now: be the best J.A. Johnstone you can be.'"