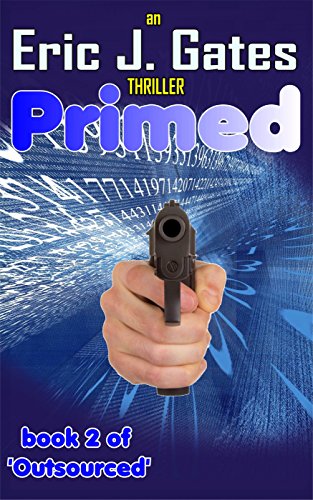 Defense Intelligence agentBridget Mason is back!


Recently recovered from her gunshot wounds, she is assigned an 'easy' case' whichturns out to be anything but.


Nic Stiles confesses whatreally happened in India and Phil Beasley takes adeadly decision when they find themselves threatened by the BratvaRussian Mafia.


In the second book in the 'Outsourced' series, the protagonists are thrust into a situation where lies and deceit are the norm and murders a common occurrence. Even they have secrets to hide!


And behind the scenes, the Pen is still manipulating the Destiny of all... and never quite as they wish.

" adramatic sequel to the excellent first book in the series"


"...in crime fiction, it's hard, really hard, to write one book, let alone a series, which is so refreshingly original as those which Eric J Gates has produced"


"high octane stuff and highly recommended for those who like their action and incidents coming at them thick and fast."
"With his fluent and sophisticated writing, Gates has created another fast paced high tech story that makes you think. A brilliant thriller."

Eric J. Gates has had a curious life filled with the stuff of thriller novels. Writing Operating Systems for Supercomputers, cracking cryptographic codes under extreme pressure using only paper and pen and teaching Cyberwarfare to spies are just a few of the moments he's willing to recall. He is an ex-International Consultant who has travelled extensively worldwide, speaks several languages. His specialty, Information Technology Security, has brought him into contact with the Military and Intelligence communities on numerous occasions. He is also an expert martial artist, holding 14 black belt degrees in distinct disciplines. He has taught his skills to Police and Military personnel, as well as to the public.

He now writes thriller novels, drawing on his experiences with the confidential and secret worlds that surround us.