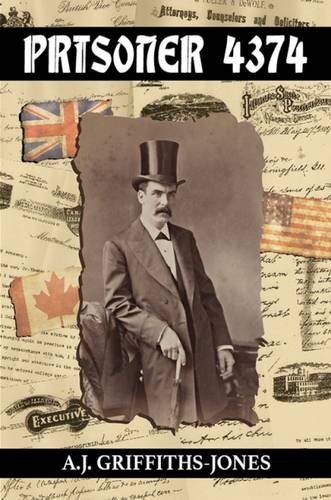 This book has been awarded 'Jack the Ripper Book of the Year 2016.'

For more than a century, Dr. Thomas Neill Cream has been listed as a potential 'Jack the Ripper' suspect. Indeed, he was a sinister character, preying on the unfortunate souls who were forced to make a living as streetwalkers in Victorian London, and ultimately led those poor women to an untimely and torturous death. These crimes eventually branded him the 'Lambeth Poisoner'.

However, during the time of the heinous Ripper murders, Dr. Cream was incarcerated in Joliet Prison, Illinois. Over the decades, this fact alone has caused debate as to whether or not he deserves to be under suspicion of being the Whitechapel fiend. Was it possible that Dr. Cream bribed his way out of jail? Perhaps he used a doppelganger to take his place whilst secretly finding a passage to England with murder in mind?

This fascinating book, told from the standpoint of Cream himself, explains the twisted logic behind his actions. The author has done considerable and meticulous research, tracing Cream's life from his adolescent years in Canada to his last moment on the gallows at Newgate.

A.J.Griffiths-Jones is an author from Shropshire,U.K. Published in May 2015 her debut book was 'Prisoner 4374', a historical true crime book detailing the life of 'Jack the Ripper' suspect Dr.Thimas Neill Cream. A.J. is now working on a series of cosy mystery novels, the first two being 'The Villagers' and 'The Seasiders'. She lives with her husband and cat, loves cooking, swimming and travelling.