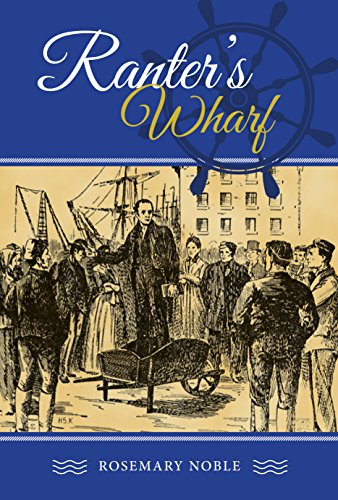 Imagine yourself in England around the times of Charles Dickens or Elizabeth Gaskell for this moving family saga of love, loss and betrayal.
One moment, William is running around barefoot, ragged and more often hungry than not. Then Aunt Betsy appears from nowhere on the day of his mother's funeral. She needs an heir and William fits the bill. The only person she needs to persuade is William's grieving father.The boy leaves a family torn apart by Betsy's decision. One day in the future, that action will come back to bite her, with devastating consequences. Follow William as he grapples with his brother's betrayal, set in motion on that fateful day. Only a charismatic preacher can save the brothers from a lifetime of bad blood..
This is a story of three generations working out, not only their place in the world but also how to navigate the fear of invasion from France and rebellious ideas of the rights of man. Conflict grows, as the workers caught up in the industrial revolution and the rise of non-conformist religion demand to be heard..
Based partly on a true story from the author's family, this book is set in Grimsby, Lincolnshire, in the early years of the 19th century.

Rosemary is passionate about books and history. Trained as a librarian, she worked in schools, college and universities passing on her love of books and research. Now retired, she works harder than ever. She is a director of Chindi Author's Network, supporting other authors to bring their books to readers. She lives in Sussex, England but loves to travel, especailly to Australia where three of her books are set and to Europe, merely a hop and a skip across the English Channel.