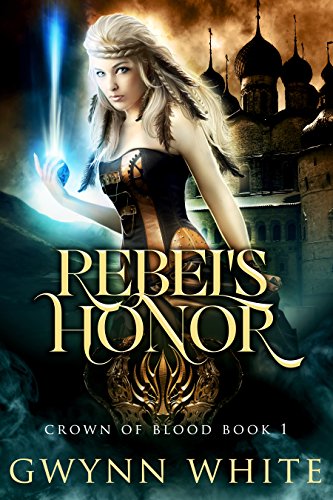 Rebel's Honor: Book One in Crown of Blood Series

Can Princess Lynx destroy an empire?

For centuries, the Avanovs have suppressed their subjects withlong-forgotten magic. But every Avanov crown prince must marry a Norin princess--and Princess Lynx has discovered the true source of her betrothed, Crown Prince Lukan Avanov's power. For the world to be safe,Lukan's power must be destroyed and the empire crushed.

But Lukan is not going down without a fight.

Will Lynx's fighting skills, sharp wit, and seductive body be enough to destroy Lukan and his evil empire?

Or will Lukan kill her first?

Scroll up and click to meet Princess Lynx today.

I'm a USA Today bestselling author who writes high-octane steampunk fantasy. All my stories have an adventure at the heart with a liberal sprinkling of romance and intrigue thrown into the mix. To confuse things, I also write adventure travel books set firmly on planet Earth. Weird, I know, but it makes me tick.

I'm a South African, currently living in the UK with my husband, Andrew, my three daughters, a yapping Toy Pomeranian, and a fantastic farm cat called Pixel.

When I'm not writing, I'm reading, traveling, herding kids around, taking dogs for walks, and avoiding all cooking. I love to hear from my readers, so please feel free to contact me